When Obamacare fails, what's next?

In March 2010, Congress passed the Affordable Care Act[1] by a narrow margin, and without a single Republican vote. 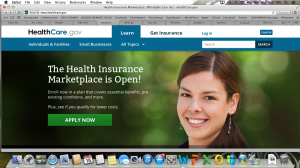 But even with three years to set up the health exchanges and support system, HealthCare.gov [3]has been unavailable to those trying to sign up for government health care since it went live Oct. 1.

The proclamation “The Health Insurance Marketplace is Open!” is falling on deaf ears.

Since the passage of “Obamacare” as it is usually called, many in America have warned that the real goal all along has really been a single-payer heath system. This explanation goes a long way in explaining the substantial flaws in Obamacare, and why implementation of the massive government health plan system is already a nightmare, and slated for total failure.

This isn't the first attempt at total government  health care; it's just the first plan to have been passed by Congress.

Then-Gov. Arnold Schwarzenegger made California the first state to create an insurance exchange after Obamacare was passed. The health exchanges are supposed to be Internet-based places to shop for health benefits, for people who do not get health benefits at work. But Covered California[6] has been as problematic as HeathCare.gov. 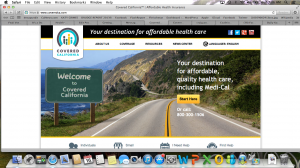 Shortly after Schwarzenegger’s creation of the exchange, the Obama administration approved $10 billion for California to begin expanding coverage to its poorest residents, another key part of the new law.

The long road to a Single-payer system

The drumbeat toward single payer health in America has been present in every Democrat Presidential administration since 1912, when then presidential candidate Theodore Roosevelt, campaigned on the Progressive Party ticket and called for establishment of a national health insurance system.

In 1934, President Franklin Roosevelt seriously considered a national health insurance program that would cover every American.

In 1945, President Harry Truman called on Congress to begin a ten-year plan to transform the existing American health care system into compulsory health coverage for all people.

In 1965 President Lyndon Johnson signed legislation creating the government run Medicare and Medicaid programs, to provide health care coverage for people aged 65 and older, and for the poor, and disabled.

In 1971, President Richard Nixon backed a proposal requiring employers to provide a minimum level of health insurance for their workers while also maintaining competition among private insurance companies.

When Jimmy Carter was elected U.S. President in 1976, he immediately called for a national health insurance system with mandatory coverage.

But each of these attempts were scrapped because of nationwide financial crises.

The 1986 Congress passed the Emergency Medical Treatment and Active Labor Act[8], requiring hospitals to accept all emergency-room patients. It also began the Consolidated Omnibus Budget Reconciliation Act, known as COBRA, which requires employers to allow employees to remain on and pay for their for  group health plan, following termination or resignation. 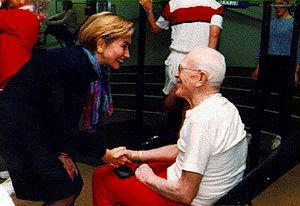 In 1993 during his first year in office, President Bill Clinton tried to enact HillaryCare[10]. The Clinton health plan would have required all U.S. citizens and permanent resident aliens to enroll in a qualified health plan, and specifically forbade their “disenrollment” [sic] until covered by another plan.

In 2003 when Barack Obama ran for the U.S. Senate, he told the Illinois AFL-CIO, “I happen to be a proponent of a single payer universal health care program.”

During the 2008 Presidential election, candidate Obama said [11]during a January 2008 debate, “If I were designing a system from scratch, I would set up a single-payer system.”

President Obama made clear he was determined to see a single-payer system created, but when Democrats couldn’t get the votes needed, health insurance experts say instead they created a law so complex, it would have to fail. Then, the America people would be so angry, they would eventually demand a European style, single payer system.