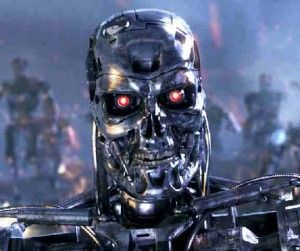 One of the revelations was that Arnold really did want to be president. He was plotting how to change the Constitution to allow foreign-born citizens to run for the office.

He still is, according to Page Six[5]:

Action star and former California Gov. Arnold Schwarzenegger has been lobbying for support to change the law to allow him to run for president in 2016, Page Six has exclusively learned.

We’re told Ahnold has been openly talking about his political ambitions while in New York to promote his new movie with Sylvester Stallone, “Escape Plan.”

One source said: “Schwarzenegger has been talking openly about working on getting the constitutional rules changed so he can run for president in 2016. He is ready to file legal paperwork to challenge the rules”….

Columbia University Law School professor Michael Dorf, an expert in constitutional law, said about the Governator’s case in 2007, “The law is very clear, but it’s not 100 percent clear that the courts would enforce that law rather than leave it to the political process.”

We all have our fantasies. Mine is to restore the U.S. Constitution, which would mean eliminating 99 percent of what the federal government currently does.

In Arnold's case, it would be difficult for him to become president. So maybe it's another of his larks.

There's no way the U.S. Supreme Court would overturn the constitutional requirement of U.S. birth. They might have looked the other way back in 1968, if Michigan Gov. George Romney (father of Mitt) had gotten elected, because he was born in Mexico of U.S. citizens. That particular issue could come up again because Sen. Ted Cruz, the current GOP frontrunner, was born in Canada to U.S. citizens. But Arnold's parents never were U.S. citizens.

The court twists and shreds the Constitution to suit its members' ideologies. But it would not do so for the convenience of an egocentric Austrian action-movie star.

People, even outside California, know that his two terms as governor did not go well. He increased taxes, which automatically would repel a large part of the GOP base. He left office with unemployment soaring and the state in a shambles.

If he became a Democrat, it's unlikely he would do well against Hillary Clinton. A big reason is that his Kennedy relatives, beginning with his wife, Maria Shriver, have been big Obama supporters. And at the Obama convention last year, former President Bill Clinton spoke — and helped the Obama campaign greatly with a rousing oration — only after President Obama promised to support Hillary in 2016. Obama's supporters now are gearing up[6] to support Hillary.

Arnold's messy private life also would be a big problem.

And there's no national recall procedure providing a quick election, the method by which he became governor in 2003.

But if Arnold did try to run, it would be amusing.