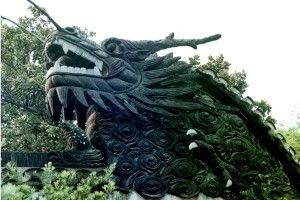 Now China is surging again, with growth of 7.8 percent in the quarter — and rising. The Wall Street Journal reported, [2]“On a quarter-to-quarter basis, growth rose by 2.2%, suggesting an annualized rate of growth of 9.1%.”

Meanwhile. U.S. economic growth is a pathetic 2.5 percent [3]during the fourth year of our so-called “recovery.” But is it a recovery? Middle-class incomes have stagnated and are lower than in 1989 [4]— the year President Reagan left office. That's 24 years of stagnation as China has surged. Despite the “recovery,” median income dropped 4.2 percent under President Obama.

It's even worse in California. As I wrote a couple of days ago[5], the middle-class no longer can afford homes here, at least in the coastal areas.

President Bush hammered the U.S. middle-class with his then-record deficits, hyper-regulation through the USA Patriot Act and Sarbanes-Oxley, and cooperating with then-Fed Chairman Alan Greenspan in inflating the dollar. Obama has continued hammering the economy through the Dodd-Frank hyperregulations, tax increases, even higher record deficits and now Obamacare. The middle class just can't get a break from either political party.

Meanwhile, China now is moving toward a gold standard, which would turbocharge its economy. It hates it that its economy is tied to the U.S. dollar, which the Federal Reserve Board has been inflating for more than a decade. Record U.S. deficits are funded through bonds financed by China, Japan and other countries. The money's value then is eroded through inflation, sharply cutting the bonds' value.

Xinhua, China’s official press agency on Sunday ran an op-ed article[7] which kicked off as follows:

“As U.S. politicians of both political parties are still shuffling back and forth between the White House and the Capitol Hill without striking a viable deal to bring normality to the body politic they brag about, it is perhaps a good time for the befuddled world to start considering building a de-Americanized world.”

China does have a broad strategy to prepare for this event. She is encouraging the creation of an international market in her own currency through the twin centres of Hong Kong and London, side-lining New York, and she is actively promoting through the Shanghai Cooperation Organisation[9] (SCO) non-dollar trade settlement across the whole of Asia. She has also been covertly building her gold reserves while overtly encouraging her citizens to accumulate gold as well.

There can be little doubt from these actions that China is preparing herself for the demise of the dollar, at least as the world’s reserve currency. Central to insuring herself and her citizens against this outcome is gold. China has invested heavily in domestic mine production and is now the largest producer at an estimated 440 tonnes annually, and she is also looking to buy up gold mines elsewhere. Little or none of the domestically mined gold is seen in the market, so it is a reasonable assumption the Government is quietly accumulating all her own production without it becoming publicly available….

So why is the Chinese Government so keen on gold? The answer most likely involves geo-politics. And here it is worth noting that through the SCO, China and Russia with the support of most of the countries in between them are building an economic bloc with a common feature: gold. It is noticeable that while the West’s financial system has been bad-mouthing gold, all the members of the SCO, including most of its prospective members, have been accumulating it. The result is a strong vein of gold throughout Asia while the West has left itself dangerously exposed.

The West selling its stocks of gold has become the biggest strategic gamble in financial history. We are committing ourselves entirely to fiat currencies, which our central banks are now having to issue in accelerating quantities. In the process China and Russia have been handed ultimate economic power on a plate.

It looks like China will become the dominant world economy a lot sooner than expected. U.S. global economic dominance depended on the strong, stable U.S. dollar backed by gold. That ended in 1971 when President Nixon took us off the gold standard[10].

Except for the Reagan 1980s and the short period under President Clinton and Republican House Speaker Gingrich in the late 1990s, periods of tax cuts and pro-middle class policies, the economy has been on a downward trajectory under both parties. Without the gold standard, federal, state and local governments were unleashed to spend, inflate and borrow at will.

Now the party's over. China is surging. I recommend learning Mandarin.