More sign up for one-way Mars trip than for Obamacare

Want My Ex Back But He Has Girlfriend[1] 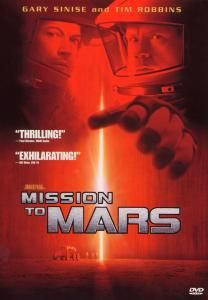 Maybe because going to another planet might be the only way to avoid Obamacare. But get this from The Mail online[2]:

“A startup venture recruiting people for a one-way, 43 million mile trip to live on Mars has generated more signatures than all the Obamacare health insurance plans combined.

“Just 712 people in Vermont have enrolled in the state's new health insurance exchange, despite $9 million in outreach, advertising and other PR expenses paid for by the federal government.”

And Vermont is America's most socialist state, having elected Independent-Socialist Bernie Sanders to the U.S. Senate.

“Twitter erupted Thursday with jokes about a launch of a different kind, the Mars One[3] colony project that has attracted 202,586 applications from people eager to depart  Earth for the red planet at the first opportunity.

Want My Ex Back But He Has Girlfriend[4]

“And in the blue corner sits Obamacare, the much-ballyhooed health-care-for-all project whose official numbers are a closely guarded state secret. But unofficial numbers from firms that track the data independently suggest that the nationwide total is somewhere south of the Mars colony's successes.

“The online analytics firm Compete.com released an analysis [5]this week that determined just 36,000 people registered for Obamacare through the federal government's Healthcare.gov website during its first week of operation. (Sources inside the Department of Health and Human Services put that number at 51,000 when they spoke with MailOnline.)”

Today the president touted [6]Obamacare at the White House. But the people — the intended patients/victimes — know better.