A Tale of Two States, CA and NV: Part I 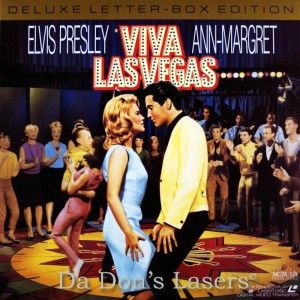 Recently, Gov. Jerry Brown signed into law a new pact with Nevada[2], effectively conceding to Nevada Gov. Brian Sandoval’s demands that California be more open to economic development along the beautiful Lake Tahoe shoreline. It was a rare moment of agreement — created through deft political maneuvering on Nevada’s behalf — between two states that have taken different approaches to taxes, regulations, environmentalism and development.

For Californians, the moment should also be a teachable lesson about the differences between the two states — and how those differences will ultimately affect the quality of each state. But to understand how California will be affected, it’s important to first look at where Nevada was, where it is now, and where it’s headed.

It begins with the Great Recession.

In the fall of 2008, just five years ago, the global economic slide that began in late 2007 took a turn for the worse. Millions of jobs were lost, the United States’ GDP shrunk, major financial institutions collapsed, the housing bubble burst, and unemployment rose to record levels.

The Great Recession hit America hard, but it hit some states harder. Nevada may have been hit harder than any other state — probably because it was doing so well before the recession struck.

Nevada experienced tremendous economic growth leading up to the recession. Between 2000 and 2010, Nevada’s population grew 35 percent.[3] Housing prices skyrocketed, and new homes were being built at record numbers. Anyone walking down the Las Vegas strip would see constant, tremendous change. But the boom times ended with the national economic collapse — and Nevada, the brightest star, burned the fastest.

Nevada’s housing market remained in terrible condition well into 2012, though signs of improvement have since emerged. A January 2012 CNN Money piece laid out just how badly the housing market had become in Nevada:

A staggering 1 in 16 homes have been hit with a foreclosure filing, versus the national rate of 1 in 69 homes. And more than half of borrowers owe more on their mortgages than their homes are worth, compared to just over a fifth nationwide.

Meanwhile, home prices continue to plummet. S&P/Case Shiller recently reported that Las Vegas home prices fell by 9.1% over the 12 months ending in November, the second-worst performance among the 20 cities surveyed. The reason: a high number of foreclosure sales.

The myriad foreclosure prevention programs rolled out by the Obama administration have done little to stabilize housing and the economy in this hard-hit state, housing counselors say.

Unemployment skyrocketed after the housing market collapsed. In February of 2007, Nevada’s unemployment rate stood at 4.2 percent. California was at 5.0 percent. By September 2010, 14 percent of the people who were actively seeking employment in Nevada could not find a job; 12.4 percent of Californians were in the same predicament. As of August of this year, for when the most recent data is available, Nevada’s unemployment rate is down, but it’s still the highest in the nation, according to the Bureau of Labor Statistics.[5] California isn’t far off.

The downfall of Las Vegas didn’t help either. The desert destination, essentially the lifeblood of Nevada’s economy, felt something it hadn’t before: failure. A 2009 Guardian report[6] captured just how bad the situation had become:

After a quarter of a century of phenomenal growth, Las Vegas has come to a shuddering halt. The seemingly endless supply of gamblers has dried up. So has the conference trade, hardly helped by a warning from President Barack Obama that bailed-out Wall Street banks should avoid “taking junkets to Las Vegas” on the taxpayers' dime.

Always good value, Vegas hotels have had to slash their room rates by 30% to fill beds. Downtown casinos are offering rates of barely $20 a night, while the four-star Las Vegas Hilton, where Barry Manilow is a resident performer, is offering rooms for as little as $39.

Unemployment in Vegas has reached 11.1%, compared with a national average of 9.4%. And a spectacular collapse in the local housing market has left seven out of 10 homeowners nursing negative equity.

The Great Recession — and its distinct impact on life in Nevada — transformed the state from a booming region to one of the worst off in America. It also changed the way Nevada operated. Check back tomorrow for Part II of the series, where CalWatchdog investigates some of the changes that Nevada's governor, economic development agencies and private-public partnerships have embraced recently to fix the way the state operates.