A Tale of Two States, CA and NV: Part II 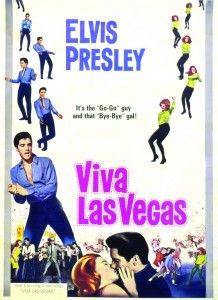 [1]This is Part II in a series of stories about Nevada’s economic strategy. To read the first installment, click here[2].

Sandoval, elaborating on how dire the economic situation in Nevada was when he took office in early 2011, said that “mere survival” was not good enough for his state. He said that he ordered all new regulations be frozen until they could be reviewed; cut spending by hundreds of millions of dollars; balanced Nevada’s budget; merged and eliminated state agencies; and extended tax exemptions for businesses. (Sandoval, working with a Democrat-controlled state legislature, later agreed to extend some taxes that had been set to expire.[4])

In the video, Sandoval pointed out that Nevada had experienced 31 months of economic growth and had the second strongest decline in unemployment in the nation. He also claimed that a wide array of businesses now had plans to move to Nevada.

So what exactly are those plans?

Nevada’s pitch to firms interested in expanding or relocating to the state is simple. The state has some of the lowest taxes in America. California's top income tax rate is 13.3 percent; Nevada has no state income tax.

Nevada's regulations are limited. Given the state’s size, working with government is quick and easy (California businesses often complain about how long routine approvals take). Some firms — though certainly not all — are coaxed with even more tax incentives. And Las Vegas — known for its tourism, as well as the benefits that come with being a large metropolitan area — has always been a major selling point.

A patchwork assortment of agencies remains tasked with selling that message to firms that might want to expand or grow in Nevada.

At the top is the Governor’s Office of Economic Development. Historically, the lieutenant governor was tasked with running economic development in Nevada, but 2011 legislation centralized power in the governor’s office by creating the OED.

Sandoval has aggressively courted major companies since. In early 2012, he announced[5] the state would attempt to create 50,000 jobs by 2014. Apple and Starbucks have both moved parts of their business to Nevada as a result of negotiations handled primarily through the OED. (Apple received a large tax break[6].)

In addition to attracting outside states, the OED focuses on attracting workers to some of Nevada’s core industries like gaming and tourism, as well as mining. The office is also pushing to expand the small tech industry in southern Nevada, along with logistics and transportation industries.

“They’re making a big push for drones as a way to diversify,” University of Nevada, Las Vegas political science professor David Damore told CalWatchdog. (The U.S. military currently has a major drone base located outside of Las Vegas.)

But the OED is only part of the economic strategy. Nevada also relies on regional agencies to draw businesses on a smaller scale. Their efforts, though less individually significant, add up.

“You have the local agencies that are able to make connections with smaller firms who are looking at a specific area,” added Eric Herzik, a political science professor at the University of Nevada.

This system — the OED focusing on major companies and regional agencies drawing smaller firms — is generally effective. Damore noted, however, rural agencies in Northern Nevada often compete among themselves and can have trouble attracting business.

“The problem they really have is just scale. There are so few people out there; it’s hard to get people to say they’ll invest in a county with 700 people,” Damore explained.

But others, such as the Las Vegas Global Economic Alliance, have had more success[8]. Earlier this year, for example, they approved a set of incentives that could bring more than 1,000 jobs to southern Nevada. For a state with less than 3 million residents, the numbers could have an impact.

The array of agencies pitching the Silver State’s benefits has an unexpected ally: California.

The Golden State has long maintained a tougher climate for businesses, relying on its natural benefits to justify the expense of doing business in the state. Nevada has long tried[9] to[10] capitalize[11] on that fact.

But late last year, Nevada’s advantages became significantly clearer. California voters approved a series of measures that raised taxes throughout the state. Proposition 30 raises about $6 billion in annual revenues through a regressive sales tax hike and a progressive tax hike on the wealthiest Californians. Proposition 39 closed tax loopholes for multi-state businesses that operate in California, raising taxes about $1 billion a year.

Though a majority of Californians supported the propositions, not all did — particularly businesses and some of the state’s wealthier residents.

Despite its welcoming tax and regulatory climates, Nevada still faces many deficiencies in quality of life that make it a hard sell. It lags in education, health care and — though it’s a subjective measure — weather.

Which begs the question: Just how effective has Nevada’s economic campaign been?

Check back tomorrow for third and final part of the series, where CalWatchdog investigates some of the results of the changes implemented in Nevada — and what that means for California.