Is the Golden State the greenest and fairest of them all?

How To Get Your Ex Back Over Text[1] 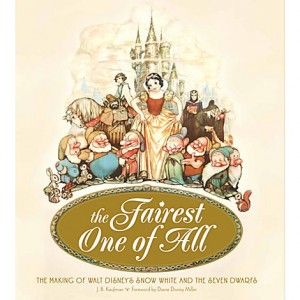 [2]Is California the greenest and fairest state when it comes to clean fuel standard regulations? No on both counts, contended the Wall Street Journal in a recent editorial, “California’s Green Trade War[3].” It said “economic protectionism” is behind the Low Carbon Fuel Standard of 2009[4] of the California Air Resources Board.

The Journal accused CARB of rigging the pollution regulation game by prejudicially giving Alaskan crude oil the same emissions score as California crude oil, which has four times the amount of carbon.  The Journal said California is cornering the market on “advanced” biofuels made from soybeans, landfill waste byproducts, and animal lard by penalizing out-of-state ethanol producers.

The appeals case referred to is Rocky Mountain Farmers Union et al. vs. Corey (California Air Resources Board, Sept. 18, 2013[7]). This case overturned a lower district court in the case of Rocky Mountain Farmers vs. Goldstene[8] (June 16, 2010), which found that CARB discriminated against out-of-state fuel providers and violated the Interstate Commerce Clause of the U.S. Constitution.

The plaintiffs in both court cases — a group of farmers, growers, dairy farmers, truckers and the petrochemical industry — now want an en banc [9](meaning all judges) decision by the Ninth Circuit to affirm the panel's decision so the case can be appealed to the U.S. Supreme Court. The Ninth Circuit suffered an 86 percent reversal rate[10] by the U.S. Supreme Court in the last term. So the plaintiffs are hoping that temporary defeat will become ultimate victory.

Judge Mary H. Murguia issued the sole, partial dissent[11] from the three-judge panel's ruling. Her dissent was based on Table 6 of CARB’s Low Carbon Fuel Standard, which she said explicitly “differentiates between in-state and out-of-state ethanol, according more preferential treatment to the former at the expense of the latter.”  This violates the Interstate Commerce Clause of the U.S. Constitution, she wrote on page 73.

Table 6 is excerpted below, which clearly shows different values for in-state and out-of-state fuels. The main differences are CARB’s unfavorable scoring of “electricity” usage by Midwest ethanol fuel providers compared to California’s; and equal “land use” scores for in-and-out-of-state ethanol providers. Arguably, growing corn for ethanol in California uses much more valuable water[12] than in the Midwest, which enjoys plentiful rain and rivers, but both have the same “land use” score.

Murguia[13] was appointed to the Ninth District in 2010 by President Barack Obama. She is the twin sister of civil rights leader Janet Murguia. So one might expect her to take liberal positions. But in this case she did not.

Corey claims that out-of-state fuel farmers are supportive of CARB’s standards. But Corey’s rebuttal letter failed to explain why farmers from both California and the Midwest had brought the lawsuit against CARB.

Corey also failed to mention in his letter a parallel lawsuit brought by a Midwestern corn ethanol producer and a Sacramento research firm in a case before the Fifth Appellate District of the Court of Appeal of the State of California.  The case is POET vs. CARB, June 15, 2013[14]. In that case, the State Appeals Court also upheld CARB’s Low Carbon Fuel Standard, but required corrections[15].

Among the corrections, CARB must prove there are significant negative effects on the environment from Nitrogen Oxide emissions, rather than just assert such effects.  Also, CARB must allow public comment on the carbon intensity values assigned to land use changes and the formulas used in the Global Trade Analysis Project[16] computer model used by CARB. Additionally, four emails from consultants originally left out of CARB’s analysis must be included in the rulemaking file.

Both court cases do not necessarily support Corey’s claim that California is green and fair.  To do that, a comparison with the state of Texas may be helpful.

Why doesn’t Texas have same bad air pollution as California?

California has nine out of the worst 25 cities for air pollution in the U.S.[17]: Los Angeles, Bakersfield, Visalia, Fresno, Sacramento, El Centro, San Diego, Hanford and Merced.  Texas only has two cities on the list: Dallas and Houston.

The major causes of smog in Dallas and Houston are cars and plastics, oil and gas production.[18] Most other Texans live in plains and plateaus where any potential toxic substances are dissipated quickly into the atmosphere. Texas is topographically greener than California despite its greater energy usage,[19] but 12 million less population[20].

Texas relies on coal fuel for 32 percent[21] of its energy use, while California only depends on coal for 3.7 percent[22] of its total energy usage (but 15.5 percent of its electricity usage[23]).  Texas imports coal fuel from Wyoming to run TXU power plants[24] in Dallas,[25] while California imports coal powered electricity from Utah[26] to light up Los Angeles.  Texas imports its pollution; California exports it.  With a much higher usage percentage of so-called “dirty” coal-generated power than California, one would think that Texas would suffer from greater air pollution.  But it doesn’t.  Why?

The answer is most Californians live in nine topographic basins along the coastline that serve as traps for smog[27].  The major cause of smog in California cities is an inversion layer[28] of warm air above cooler air that makes a toxic trap. Natural smog traps cause smog, not only man-made airborne substances.

Who is the greenest and fairest of them all?

According to the Journal, California subsidizes homegrown biofuels by $23 billion. Political liberals are usually the most concerned about fairness and about giving subsidies to farmers. But there isn’t much, if any, opposition by fair-minded liberals about subsidies to farmers for green fuels.

Moreover, no less than the impartial California Legislative Analyst’s Office[29] has inferred that CARB’s cap-and-trade auction of pollution permits is unfair.  This is because the LAO says an auction is unnecessary to accomplish CARB’s pollution reduction goals.

Arguably, moving California’s conventional power plants out of its smog basin traps might accomplish CARB’s pollution reduction goals without having to rely on expensive and grid-destabilizing green power. Instead, California is diverting population growth to coastal smog traps[30] in the name of arresting “urban sprawl.”