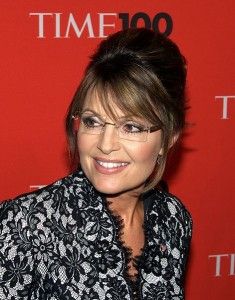 [1]There are two ways to allocate scarce goods: By price in a free market, and by government bureaucracy. That's why it is inevitable that Obamacare, despite the protests of its partisans, will have death panels. When the costs escalate to keep somebody alive, a bureaucratic committee will decide whether to continue care — or to pull the plug.

A year ago, former Obama administration official Steven Rattner conceded in an op-ed in the liberal New York Times[2], “We need death panels.” If you click on the link and read the article, he adds numerous qualifiers. But he did say that.

Now the liberal Slate magazine has run an article admitting the same thing. It's by Canadian Adam Goldenberg, who compares his country's government-run system to the one America now is imposing. “Canada Has Death Panels” is his headline; the sub-headline: “And that's a good thing.” He wrote:

Last week Canada’s Supreme Court ruled[3] that doctors could not unilaterally ignore a Toronto family’s decision to keep their near-dead husband and father on life support. In the same breath, however, the court also confirmed that, under the laws of Ontario, Canada’s most populous province, a group of government-appointed adjudicators could yet overrule the family’s choice. That tribunal, not the family or the doctors, has the ultimate power to pull the plug.

In other words: Canada has death panels.

I use that term advisedly. Former Republican vice presidential candidate Sarah Palin made it famous in the summer of 2009, when Congress was fighting over whether to pass Obamacare. As Republicans and Democrats continue to spar over health care, we should pause to wonder why millions of Canadians have come to accept the functional equivalent of an idea that almost sank health care reform even though, in this country [I think he means the USA], it was imaginary.

Yet as Goldenberg himself concedes, it's not “imaginary” under Canada's government-run system, and “Canadians have come to accept” it. Whether Americans come to accept it remains to be seen.

Remember in 2009 when Sarah Palin warned that Obamacare would lead to “death panels”? People ridiculed her alleged right-wing paranoia; PolitiFact christened her accusation the “Lie of the Year.”[5] In this context, it’s ironic that a recent Slate article[6] admits that socialized medicine goes hand in hand with government death panels. What’s even more disturbing is that the author–Adam Goldenberg–applauds the practice.

Indeed, how can it be any other way? During the recent partial government shutdown, when the government ran out of money, some bureaus were closed along with national parks and monuments. Bureaucrats decided what to close, and what not to close.

When Obamacare is in charge of your health care, and costs rise, inevitably it's going to cut some people's treatment. Given that around one third of medical costs are in the last few months of life, an easy way to cut back is to cut out those last few months. If Grandma is in agony anyway, many people will be less upset if a Death Panel hastens her inevitable demise.

But then government bureaucrats will start making life-and-death decisions on other matters. How about a child with leukemia? Is a $200,000 treatment worth it?

How about a football player who gets hit hard, suffers a concussion, and goes into a long-term coma? In a private system, his family might use his multi-million-dollar salary to keep him going in hopes of a miracle. But an Obamacare death panel could pull the plug the day before he recovers consciousness.

And if government starts killing a lot of people, you could end up with a Weimar Republic scenario[8], where the country's democratic government instituted the destruction of what they called “life unworthy of life.” Which soon lead to something far more sinister[9].