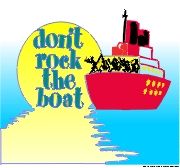 What defines the success of a state: the welfare and happiness of its people or its ability to pass a budget on time?

This is the maddening question that should hang over all the stories depicting Jerry Brown as some sort of genius governor. David Siders[1] of the Sacramento Bee today became only the latest journalist to treat political process achievements as tantamount to real progress and successful stewardship:

“Praise for California and its governor, Jerry Brown, has drifted in for months now from the East Coast, ever since Brown and state lawmakers enacted a balanced budget this summer.

“The accomplishment followed years of deficits and budget standoffs at the Capitol. Coupled with the Legislature’s relatively frictionless action on issues ranging from education funding to gun control and immigration, the statehouse found itself comparing favorably to dysfunction in Washington, D.C. …

“Brown, the lunchtime speaker at the event, argued one reason for this success is that, through a series of ballot measures, Californians “broke a decade of dysfunction and laid the foundation for a government that actually works.”

Evan Halper[2] of the L.A. Times also today accepts the narrative that political process achievements are tantamount to real progress:

“'Three years ago California was called a failed state,' [Gov. Brown] said. 'They were virtually chortling in the conservative venues.'

“Brown credited California’s turnaround to a series of ballot measures. The measures allowed a state budget to get passed with a simple majority of lawmakers, put an independent commission in charge of voting boundaries, and raised taxes by billions of dollars.

“'The people themselves through the initiative actually broke a decade of dysfunction and laid the foundation for a government that works,' he said.”

The rest of the story that Siders, Halper skip

How is it good journalism to accept uncritically the idea that California is doing better because its political process is less contentious?

How is it good journalism to focus on Brown's self-serving claims instead of the fact that California has the highest effective poverty rate in the nation? That California has the second-highest rate of people unable to find full-time work? Don't mass poverty and mass unemployment count as news?

I honestly don't know how Siders and Halper can't understand the flimsiness of equating process success with real-life progress. Nor do I understand why mass economic misery is a non-story. But here's what one veteran Sacramento watcher told me the last time[3] I expressed frustration with the reporters covering the state:

“The pack mentality of 'journalists' at the Capitol is at its worst. I see it everyday. They even hang out together in the Capitol, following Darrell Steinberg around like a group of 5-year-olds on a soccer field.
“At the Gov's press conferences, they posture to see who can make the Gov laugh first. Then they quote themselves in their stories.”
Great, just great.
buy cuban cigars online[4]
zp8497586rq
Endnotes: