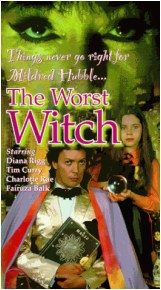 The libertarian Koch brothers are reviled[5] by the left.

Prop. 30, sponsored by Gov. Jerry Brown, was a large income tax increase on those earning more than $250,000 annually. Prop. 32 would have prohibited unions from using members’ automatic payroll-deducted funds for political campaign contributions.  Prop. 30 passed, and Prop. 32 was defeated.

At a FPPC press conference Thursday, Ravel said that Americans for Job Security[6] “sent dark money to the Koch network, which has tentacles all over the country.”

However, during the press conference when Ravel was asked by a reporter about the $11 million donation, she admitted the FPPC had no evidence that any of the funding was actually from the Kochs. “I don’t believe we know what money was included in the $11 million, and I think that was part of the purpose of the exchange.”

Ravel, the outgoing chairwoman of the FPPC, held the press conference[7] announcing the largest fine in FPPC history Thursday of last week, the day before she was leaving to become the head of the Federal Election Commission as a President Obama appointee.

The FPPC attempted to link the Koch brothers to violations of campaign finance disclosure laws, apparently without any evidence the Kochs were personally involved.

“Americans for Responsible Leadership Admits Campaign Money Laundering, Discloses $11 Million Donor,” the FPPC website headline [8]says. “Americans for Responsible Leadership, the Arizona non-profit corporation that made an anonymous $11 million donation to a California campaign committee, today sent a letter declaring itself to be the intermediary and not the true source of the contribution. It identified the true source of the contribution as Americans for Job Security, through a second intermediary, The Center to Protect Patient Rights.”

What’s interesting is while most of the media decry the Koch brothers’ political contributions and donations, left-wing political donor George Soros is revered, despite his ties to hundreds of non-profit [9]organizations, media[10] outlets, and politicians[11]. The government largely leaves Soros alone now that Barack Obama is President.

“Numerous[13] news[14] reports[15] have tried to link the Kochs to the funding, citing Sean Noble, founder of CPPR, who had worked as a consultant to Koch Industries in the past,” the Washington Free Beacon[16] reported. “The group has no formal ties to the Koch brothers.”

“From the Koch network, according to a story today by Dan Morain in the Sacramento Bee[19],” Teamster Magazine said. “Two Republican operatives cooked up Proposition 32, managed to get it on the ballot and then went looking for the money to broadcast their propaganda. There was plenty of it — many millions, in fact. The only problem was, the greedy billionaires who contributed didn’t want their identities known.”

“Ms. Ravel’s comments about Koch are unfounded and without factual basis, as she acknowledged in her press conference,” said Melissa Cohlmia, communications director for Koch Industries, in the Washington Free Beacon[20].

“Despite the millions of dollars rich extremists were willing to throw at Proposition 32, workers were ultimately able to prevail because they stood united against big business,” Teamsters[21] Magazine said.

Two nonprofit groups, the Center to Protect Patient Rights[22] and Americans for Responsible Leadership,[23] reached a civil settlement with the FPPC[24], agreeing to share a $1 million fine.

The FPPC accused the non-profit groups of failing to disclose financial contributions used to oppose the union measure, which was ultimately defeated by California voters in 2012.

“The lawsuit filed against Americans for Responsible Leadership is yet another action taken by the Fair Political Practices Commission to increase political transparency and promote fairness in the election process,” the FPPC website says.