Sacramento Superior Court Judge Michael Kenny’s Aug. 16 ruling[1] concluded that the California High-Speed Rail Authority would break state law if it proceeded with construction of a small first portion of the state’s bullet-train project without having full funding in place and completed environmental reviews for the project’s 300-mile Initial Operating Segment.

This prompted the state Attorney General’s Office — acting on behalf of the rail authority — to file a brief on Oct. 8 that argued that the state could begin building the bullet train project without violating Proposition 1A[2], the state law providing $9.95 billion in bond seed money to the project, if it only used the federal funding it had been provided by the Obama administration.

This was odd enough — Attorney General Kamala Harris refusing to defend the legality of the state’s bullet-train business plan yet arguing that it should be allowed to proceed for now. But according to the lawyers for Kings County and two of its residents — the plaintiffs in the lawsuit still being heard by Kenny — even the state’s use of federal funds for the first 29 miles of the project may not be legal. 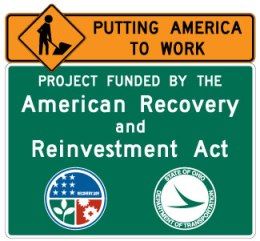 In a court filing last week, attorneys Michael Brady and Stuart Flashman cited an amendment to the 2009 federal stimulus bill, the American Recovery and Reinvestment Act (ARRA), the largest source of the $3.3 billion in federal funding for the project. That amendment “restricts the use of the ARRA grant proceeds to the Fresno to Bakersfield segment of the Authority’s Central Valley rail construction project.”

This is a major problem for the state because of costly contracts the rail authority has already signed.  “Virtually the entirety of both the Caltrans [construction] contract[3] and the Tutor-Perini-Parsons contract for design and construction of the CP-1 segment of the Authority’s Central Valley rail project cover an area between Madera and Fresno. None of the work currently planned to proceed involves the area between Fresno and Bakersfield,” the Brady-Flashman brief noted.

That means that only federal funds not from the 2009 stimulus bill can be used — about $929 million. But the total design and construction costs for the Caltrans and the Tutor-Perini-Parsons contract are $1.196 billion.

Brady’s and Flashman’s brief also targets Harris’ premise that federal funds can legally be spent on the project without violating Proposition 1A’s restrictions on the use of state bond money, noting the ARRA requirement that the federal funds be matched by state funds. “The legislature explicitly expected Proposition 1A bond funds to be used to match the federal grant funds, not some other hypothetical future fund,” the brief notes.

But even if federal waivers remove the matching-fund requirement, the available federal funding for the 29-mile Madera-Fresno link still doesn’t cover the total cost of the contracts the state has already signed.

A ‘remedies’ hearing without any remedies proposed

The Brady-Flashman brief calls for Judge Kenny[4] to ban the rail authority from beginning construction on the project until it resolves the funding and environmental-review deficiencies identified in Kenny’s Aug. 16 ruling.

The next major chapter in the fight in Kenny’s courtroom is going to be unusual. The veteran judge is holding a Nov. 8 “remedies” hearing at which the state explains how it will resolve its funding and construction plans’ violation of the state law established by Proposition 1A’s 2008 approval.

Yet the attorney general’s “remedies” brief of Oct. 8 offered no remedies addressing Kenny’s conclusion that the state was on track to break state law.

State media coverage has focused on the fact that Harris’ office says it is legal to proceed with work on the project for now using federal funds. What has received inexplicably little emphasis, however, is the fact that the leading law-enforcement official in California government agreed with a judge that the state would break the law if it started using state funds on the project without having firm funding for the first 300 miles of the project.

The rail authority, which has at most $13 billion available, estimates the cost of the 300-mile initial segment at $31 billion. This is not a gap that cash-poor state government can address or finesse, and the prospect for more federal funding in the sequester era seems far-fetched.

Has the bullet-train end game began? 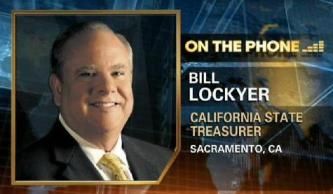 What’s going on here? A veteran Democratic elected official from  Silicon Valley, who spoke with me on the condition of anonymity, suggested we may be seeing the beginning of the end game for the bullet train.

“There are a lot of angles to this. … The support for the train isn’t nearly what it was, the cost is way up, it’s gotten a lot of bad press. People in Sacramento understand that,” the politician told me.

Harris will face major pressure from building-trades unions to let the project go forward. But she will not certify as legal something that her office has already agreed is not legal.

State Treasurer Bill Lockyer and Controller John Chiang also have fiduciary responsibilities that preclude them from approving or proceeding with the sale of billions of dollars in state bonds of shaky legality.

And all three have political motives to disassociate themselves from the increasingly unpopular project. Harris is running for governor in 2018. Chiang is running for treasurer[5] next year. And Lockyer is retiring from politics in 2014 with his most cherished possession being a reputation as an independent maverick.

It’s tough to imagine a better final flourish to Lockyer’s career than deciding not to sell the Prop. 1A bonds in December, as is now planned, on the grounds that he will not be a party to an assault on both state law and California taxpayers.

“That might appeal to Bill,” the Democratic elected official told me. “I could see that.”