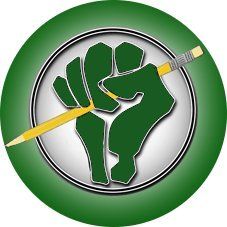 The left in California has been slow to understand that having a state government devoted to the interests of the adult employees in public education instead of to students should be a social justice issue, given that most struggling students come from poor minority families. Perhaps the only prominent Golden State Democrat to talk about this publicly is former state Sen. Gloria Romero, who for her courage was smeared as “dangerous”[1] by the California Teachers Association.

But one organization that has figured this out is the California ACLU. It has sued school districts — and won — over policies mandating that students pay for instructional materials[2] that should be free. Why were students forced to pay? To free up funds for employee compensation.

The ACLU has also sued — and won — over teacher assignment/retention policies[3] that concentrate the worst teachers at California’s most struggling schools, and that often lead to teachers at such schools instructing students in fields other than the ones they were trained in. Why would the establishment have such dubious policies? To preserve the jobs of teachers, even bad teachers and those who can’t find teaching jobs in their areas of expertise.

Perhaps encouraged by the efficacy of court challenges to the California education status quo — as opposed to failures to improve K-12 policies via the Legislature[4] — a Silicon Valley tech entrepreneur has launched an ambitious lawsuit. Seth Rosenblatt, a Harvard-educated member of the San Carlos school board, writes on the Ed Source education website[5] that the fallout from Vergara v. California could be gigantic.

“The Vergara case is premised on the legal theory that the California Constitution’s guarantee of students’ equal opportunity to quality education is incompatible with current laws (specifically five statutes in the California Education Code related to permanent employment, dismissal procedures, and seniority-based layoffs) that do not allow local school districts to manage their teaching staffs based on quality and effectiveness. The plaintiffs claim that because effective teachers are so crucial to ensuring students’ academic success, ignoring teacher effectiveness is tantamount to not giving all students a quality education. They further argue that such harm is borne disproportionately among minority and low-income students. …

Without debating the arguments of the case itself (and my goal is not to create such a debate in this forum) and not being an attorney, I would not attempt to handicap the lawsuit’s chance of success. However, there is no doubt that there is much dissatisfaction among school districts, school board members, administrators, and even many teachers around the myriad of human resource rules contained in the Ed Code. It is difficult to argue that the way teachers are evaluated (or not evaluated), how dismissal notices are handled, and “last in first out” rules are compatible with building a public education system in a 21st century design[6]. And certainly many communities have stories where such regulations have disproportionately negatively affected those schools and students with the greatest needs. The lawsuit has created interesting alliances – for example, although the Los Angeles Unified School District was originally a defendant in the case (it’s since been dropped), Superintendent John Deasy is expected to testify for the plaintiffs.”

The Vergara case is scheduled to begin Jan. 27[7]. Eventually, if Students Matter has its way, it could be transformative.

“Regardless of whether one is supportive or not of Vergara, the immediate implications of its potential success would be staggering, and it would completely make moot all of the current discussions around Sacramento[8] on this topic. Relationships between local school districts and their bargaining units would be forever altered, and school districts and teachers would have to quickly find a new paradigm for hiring, evaluating, and firing staff. However, the folks at Students Matter are quick to point out that Vergara would not eliminate due process protections that currently exist in California Government Code for all public employees, including teachers.”

Go, Students Matter, go. If any status quo in California needs to be dynamited, it is the CTA-driven tyranny of our public schools.

Here’s more on David Welch[9], the Ph.D. tech entrepreneur with more than 160 patents who launched this reform effort.