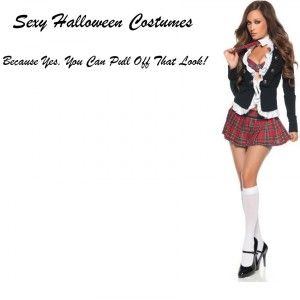 But today’s Halloween is a wee bit different than the Halloween traditions I enjoyed as a child.

This year, I will not open my front door to the usual hobgoblins, ghosts, witches and pirates; my front porch will be visited instead by adults wearing sports jerseys or no costume, who demand candy… or else.

According to Welsh mythology, Halloween marked the end of the harvest[2] season and beginning of the ‘darker half’ of the year, winter[3]. It was seen as a special time, when the spirits or fairies[4] could more easily come into our world and were particularly active. Offerings of food and drink, or portions of the crops, were left for the fairies. Places were set at the dinner table or by the fire to welcome them. After this the eating, drinking, and games were played.

The last five years, Halloween in my neighborhood has become a freak show. No longer is it about little children donning scary and cute costumes and Trick-or-Treating for candy and goodies.

Buses and vans now drop off loads of children, teens and adults. Some wear costumes, many don’t. Young girls wear wildly inappropriate costumes, often with their parents in tow. 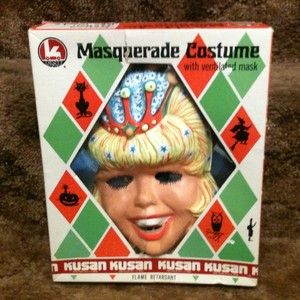 My first memory of Halloween was in the late 1960’s. I dressed in a tacky Blue Fairy costume with a creepy plastic mask. To my chagrin, this costume is now sold on eBay as “vintage.

No longer is the candy request “trick-or-treat;” I open the door to angry faces, intimidating and defensive stances, thrusting open pillow cases at me, while their vans and rented buses idle nearby.

The standard “costume” is greasepaint under the eyes and a NFL jersey… or a plain white T-shirt.

Until last year I used to say, “no costume, no candy.” But that only got my sprinkler heads kicked off, crushed pumpkins, and broken potted plants.

Before calls of racism and elitism are leveled at me, here is an example[6] of the attitude:

“Every Halloween some (mostly) suburban olds start firing off letters to the Editor of the local paper frothing about the *wrong kids* Trick-or-Treating on their lawns. They have a big problem with parents from the *wrong side of town* driving their kids to the neighborhood to get in on the better candy. They hate it for the same reason that Republican voters hate *welfare* and *redistribution*: they’re big racists.”

The blog post is titled “Send us your racist Halloween stories!” and is pure race-baiting.

I was raised in a very no-frills, working-class neighborhood in Sacramento. Our parents never drove us to another neighborhood to trick-or-treat.

Granted, the neighborhood was relatively safe. I understand parents want their kids to experience Halloween in a safe neighborhood.

But the thug entitlement mentality is making me turn off the porch lights this year. The demands for mountains of candy by adults and teens is strange. The concept of trick-or-treat has turned into homeowners providing a years’ worth of expensive candy for people they do not know. It’s about volume, and how much candy people can collect from perfect strangers. The celebration is gone.

It’s the adults who have ruined the holiday.

The other issue swirling around Halloween now are the recent school bans. Unfortunately, it shouldn’t be surprising to anyone that schools are banning Halloween activities.

School boards all across the country seem to eventually find ways to ban everything near and dear to many Americans. Starting with a ban on common sense, they’ve also banned traditional American holidays, sports, certain books, art, music, theology and religion. Parents have even been banned from schools.

School administrators have sent home notes this year telling parents superheroes, witches, princesses and goblins are not welcome at school on Halloween this year.

Why are schools banning Halloween activities? Equality – because of cultural, financial and social differences, it’s not fair to celebrate Halloween, according to many school administrators and teachers.

Inglewood Elementary School, located in the Philadelphia suburb of Towamencin, announced its cancellation of of All Hallows Eve festivities, citing concerns that the cultural holiday was “filled with religious overtones,” according to PennLive.com [7]in Pennsylvania.

It is not fair to celebrate anything American, according to this logic. Schools seem to work overtime now preventing kids from experiencing anything new or different… as long as it’s an American tradition. 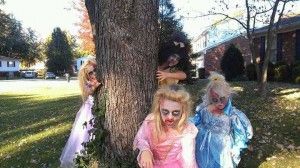 On Halloween, while it is still light out, I will hand out candy to a few of the littlest ghouls, goblins, witches and pirates who come to my door with their parents. And then I will turn off the porch light, bring all of my pumpkins into the house, and go out to dinner — if I can navigate through the gridlock on my neighborhood streets.