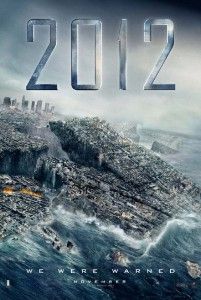 [1]Paramilitary tactics may be necessary in California to prepare for, or head off, an apocalyptic future with flooded coastal communities, scorched central valleys and rampant wildfires in the Sierras. That was the advice and prediction from one of the experts at a recent hearing on climate change adaptation by the state watchdog agency the Little Hoover Commission[2].

Verchick was one of several speakers who warned about California’s future warming hell.

Snowfall may be cut in half by mid-century, while wildfires will increase and shift to summer instead of fall, according to Alex Hall[4], UCLA professor of atmospheric and oceanic sciences. California’s temperature will increase 4.5 degrees Fahrenheit by mid-century and 8 degrees by the end of the century under a “business as usual” scenario, he said. Inland areas will be hit much harder by warming than coastal areas.

To prepare, Verchick called for the creation of a strong central agency responsible for the state’s climate change response.“[It’s] important to create a bottleneck where this stuff goes in and there’s accountability in place,” he said. “Because if you don’t have accountability in place, then you just have agencies sort of trying to do things on their own.”

But that view contrasted with several other speakers who believe that state government doesn’t need another layer of bureaucracy. There was widespread agreement, however, that much of the adaptation strategies will take place on the regional level, whether local governments like it or not.

Climate change adaptation is likely to include increasingly stringent regulations on what can and can’t be built in the state, particularly along the coast or in the Sierras. The pressure for eminent domain property takings to help “save the planet” will likely increase.

The potential impact of those regulations and military-style enforcement concerned two commissioners. Chairman Jonathan Shapiro[5] said that no one had addressed one major issue:

“Which is the public’s relationship to the government. And the government’s responsibility to them and to their expectations. It occurs to me that everything we’re talking about, whether it is a military like response to this issue, the need to adapt or die, evolve or die, touches upon the most fundamental questions about private property ownership rights, expectations of the law, what people will think the government should do for them, what the government can’t do for them. And managing the expectations on both sides.

“I don’t hear anyone – one of the reasons we are having these hearings – talk about what the impact will be on our democracy, and what the expectations are among property owners. And should that be something that we also look at as we go forward?”

Those questions went largely unanswered during six hours of testimony from 15 climate change professionals in two hearings. Also not mentioned was the current 15-year halt in global warming[6] or the recent dramatic expansion of the Arctic ice pack, suggesting that climate change science may be far from settled.

Also concerned about the social toll that climate change restrictions could take on Californians is Vice Chairman David Schwarz[7]:

“First is the stresses that these issues are putting on the expectations of a democracy. We are talking about unbelievably huge costs. Paramilitary type responses to unanticipated and difficult-to-predict events. Stresses on private property. Because ultimately that’s where the ‘get’ will be if we really have to make hard choices in terms of preservation. And a failure to really manage expectations, ‘because everybody’s water is going to keep coming on every time I turn the tap.’ Unrealistically, perhaps, high expectations.

“So as I think about what we might be able to say to the folks who are legislating in this building, how are you going to build in three things to the legislative process:

Much of the discussion by the climate change professionals would have fit well in an Al Gore film.

Charles Lester, executive director of the California Coastal Commission[8], believes the debate over global warming is — or should be — over. He said:

“I believe it is well past the time we move forward with the reality of climate change in our state. Climate change is going to exacerbate and accelerate these changes. We know with increasing certitude that this will happen. The Natural Resources Defense Council[9] has recently projected that sea level will rise from 1.4 to 5.5 feet south of Cape Mendocino, and about a half foot to almost 5 feet north of the cape by 2100.

“Rising seas, combined with larger storms, will result in more coastal flooding, erosion and more risk to our critical development and infrastructure resources. As well as loss of critical statewide resources such as public beach recreation, wetlands and other sensitive habitats. It is time to act.”

California is already seeing the impacts of global warming with floods, fires and droughts, said Krista Kline, managing director of the Los Angeles Regional Collaborative for Climate Action and Sustainability[10]. She said:

“Climate change is just causing them to occur more often, be more severe and longer duration. My fear is what happens if wildfires do occur earlier in the summer and are not spread out throughout the year. We have mutual aid in place with a lot of our responders. What happens if that system breaks down because there’s too many fires at once? That’s something that we have to think about and deal with.”

Los Angeles will be hit significantly harder by climate change than the rest of the state, according to Jonathan Parfrey, executive director of Climate Resolve[11]. He said:

“Of the 10 million Californians potentially affected by extreme heat, Los Angeles is home to 4 million of them. Water supply poses a unique threat. LA imports 89 percent of its water. With declines in the Sierra snowpack, maintaining the current volume of imported water is highly doubtful. Seventy-five percent of power is brought in by transmission into LA. If transmission lines go down due to wildfire the energy system is at risk. There are thousands of miles of vulnerable points along transmission grids where fire could disrupt power with increasing regularity.”

1) Curb the effects of the urban heat island by reducing asphalt roofs and roads.

“These three are on the easy side,” he said. “There are thornier questions with no easy answers. If homes are built on a flood plain and they are inundated and rebuilt, and it happens again and again, do we have the procedures in place where we can tell them they should not refinance the building of that home again?”

Emily Young, vice president of environment initiatives for The San Diego Foundation[12], warned that due to future flooding in her city one day, “Mission Beach might be a missing beach. A 100 years flood might be more like an annual flood in 2050. You could see a 12-to-18 inches sea level rise. Sea walls are probably not your best idea. Mission Beach has an Ocean Beach and a Bay Beach. If you put sea walls on the ocean side then you’re going to flood Mission Beach on the other side because it displaces the water.”

Zachary Wasserman, chairman of the San Francisco Bay Conservation and Development Commission[13], believes San Francisco Bay will rise 16 inches by mid-century. “Are there places today that will be underwater [in 37 years]? Yes.” he said. “Now, when, where and how that happens is very, very unclear.”

Given all of the apocalyptic gloom-and-doom, Schwarz asked Lester whether California should just stop building:

“If as inexorable as the waves are and erosion of the beach, why not just create the certainty that comes from an absolute moratorium on development, period? Rather than an incremental creep toward the kinds of things that create the uncertainty, why not go all the way and just adopt very stringent moratoria on development? Because inevitably, if as you suggest it is beyond dispute, climate change is the reality that requires us to just embrace the fact that future development is antithetical to our environmental protection. So let’s just have a moratorium.”

“That may have merit in certain contexts. But I think it oversimplifies the reality of our coastline. [Recently] the commission approved a redevelopment or addition to an existing home on a bluff that is not eroding. So the conditions there don’t warrant a moratorium. We need to look very carefully at each case and figure out what is the right balance here.”

It remains to be seen whether that will occur. One of the challenges is that the folks running the show are learning on the job.

“For better or worse, climate change is a brave new world for all of us,” said Ann Chan, California Natural Resources Agency[14] deputy secretary for climate change and energy.  “There’s a lot of learning in the process. Even when we have bodies of knowledge about climate change, there’s a certain trial and error. Try some things, may need to go back and refine management options when we see whether its working or not.”

Chan’s department is in the midst of an update of the state’s first climate change adaptation report[15] in 2009. Chapters on emergency management and energy have been added. The draft report is scheduled to be released by the end of the year, and finalized in the first quarter of 2014.