If CA is poster child for Obamacare rollout, watch out 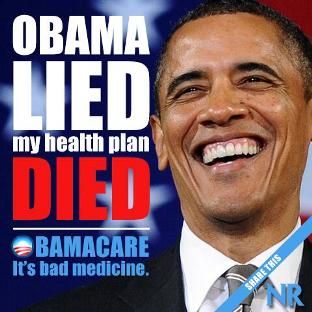 Thanks to incessantly upbeat and frequently dishonest press releases from Covered California, the Golden State is often depicted as the poster child for the rollout of Obamacare. Don’t tell that to Edie Littlefield Sundby, a San Diego woman with a deadly form of cancer[1] who wrote about her personal nightmare in The Wall Street Journal.

“Everyone now is clamoring about Affordable Care Act winners and losers. I am one of the losers.

“My grievance is not political; all my energies are directed to enjoying life and staying alive, and I have no time for politics. For almost seven years I have fought and survived stage-4 gallbladder cancer, with a five-year survival rate of less than 2% after diagnosis. I am a determined fighter and extremely lucky. But this luck may have just run out: My affordable, lifesaving medical insurance policy has been canceled effective Dec. 31.

“My choice is to get coverage through the government health exchange and lose access to my cancer doctors, or pay much more for insurance outside the exchange (the quotes average 40% to 50% more) for the privilege of starting over with an unfamiliar insurance company and impaired benefits.

“Countless hours searching for non-exchange plans have uncovered nothing that compares well with my existing coverage. But the greatest source of frustration is Covered California, the state’s Affordable Care Act health-insurance exchange and, by some reports, one of the best such exchanges in the country. After four weeks of researching plans on the website, talking directly to government exchange counselors, insurance companies and medical providers, my insurance broker and I are as confused as ever. Time is running out and we still don’t have a clue how to best proceed.” 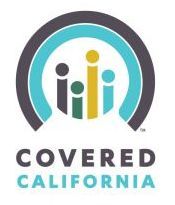 But what about all those sunny press releases? What about all the happy talk[2] from health bureaucrats and Gov. Jerry Brown and Insurance Commissioner Dave Jones? Was it all made up?

In Sundby’s case it was.

“Since March 2007 United Healthcare has paid $1.2 million to help keep me alive, and it has never once questioned any treatment or procedure recommended by my medical team. The company pays a fair price to the doctors and hospitals, on time, and is responsive to the emergency treatment requirements of late-stage cancer. Its caring people in the claims office have been readily available to talk to me and my providers.

“But in January, United Healthcare sent me a letter announcing that they were pulling out of the individual California market. The company suggested I look to Covered California starting in October.

“You would think it would be simple to find a health-exchange plan that allows me, living in San Diego, to continue to see my primary oncologist at Stanford University and my primary care doctors at the University of California, San Diego. Not so. UCSD has agreed to accept only one Covered California plan—a very restrictive Anthem EPO Plan. EPO stands for exclusive provider organization, which means the plan has a small network of doctors and facilities and no out-of-network coverage (as in a preferred-provider organization plan) except for emergencies. Stanford accepts an Anthem PPO plan but it is not available for purchase in San Diego (only Anthem HMO and EPO plans are available in San Diego).

“So if I go with a health-exchange plan, I must choose between Stanford and UCSD. Stanford has kept me alive—but UCSD has provided emergency and local treatment support during wretched periods of this disease, and it is where my primary-care doctors are.

That’s from the Wall Street Journal. Now here’s where things get even more obnoxious. Think Progress, defender of all things Obama, implicitly criticizes Sundby for not criticizing her insurer[3].

“Sundby is losing her coverage and her doctors because of a business decision her insurer made within the competitive dynamics of California’s health care market.”

But Sundby lost her coverage because Obamacare changed those dynamics — even as the president said over and over and over again, “If you like your plan, you can keep it.”

The president should tell that to Edie Littlefield Sundby.

Or he can wait a year or two and tell it to her surviving relatives.