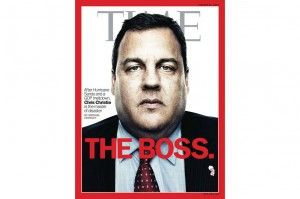 Yesterday, two states located thousands of miles from California elected new governors. And although the elections won’t directly affect the Golden State, California Republicans hoping to reverse their recent fortunes in statewide elections will be observing the results closely.

In Virginia, scandal-plagued[2] Democratic moneyman Terry McAuliffe narrowly defeated Virginia attorney general Ken Cuccinelli. With 99 percent of the precincts reporting, McAuliffe held a 2.5-point lead[3]. Given McAuliffe’s shady business dealings, lack of experience and past as an aggressive Democratic fundraiser, the race was Cuccinelli’s to lose. Although polls and analysis in the media predicted that Cuccinelli would lose by at least 7 points, his Republican predecessor Bob McDonnell won by double digits.

Political commentators have explained his loss by pointing to McAuliffe’s financial advantage, Cuccinelli’s focus on social issues, Cuccinelli’s unlikeable personality, a divided Virginia Republican Party, a surprisingly popular third party candidate and Cuccinelli’s ties to Virginia’s current governor, who is caught up in his own scandals. The government shutdown — which damaged the Republican brand especially hard in a state filled with federal workers — didn’t help either.

However, it’s likely that the narrow loss — unseen in polling — was a result of Obamacare backlash. As the rollout become more problematic, Democrats took heat from angry voters who felt lied to. Should Obamacare’s problems persist or worsen, the law could drag down numerous other Democrats in 2014.

Meanwhile, in a much more Democratic state, New Jersey Gov. Chris Christie won re-election in a landslide, 61-38[4], with 99 percent of precincts reporting. His opponent, unlike McAuliffe, was solid, if uninspiring. Barbara Buono was a progressive state legislator whose political views aligned greatly with her average citizen in her state. But Christie still won an historic victory[5]. And now Christie will be able to point to the huge margins he ran up in the blue state as a reason to nominate him in 2016, as George W. Bush did with his 1998 reelection in Texas going into the 2000 election cycle.

Some of the reasons for Christie’s success can’t easily be duplicated in other states. His handling of Superstorm Sandy last year, and his likeable personality, make him uniquely popular in New Jersey. (The strength of his likeability, for instance, garnered him an endorsement[6] from NBA legend Shaquille O’Neal.)

Some of the reason for Christie’s success, though, can be duplicated in other blue states — states like California.

Business Insider’s Josh Barro has been covering the final days of the Christie race and has presented[7] several[8] explanations[9] for Christie’s success. He explained one message that was particularly effective:

When Christie yelled at that teacher yesterday about how education spending levels will “never be enough” for New Jersey’s teachers’ unions, he was doing so in a state that spent $19,291 per pupil on K-12 education last year — more than any state except New York and Vermont and 74% more than the national average. New Jersey’s educational outcomes are excellent, but Massachusetts achieves slightly better outcomes while spending 20% less.

New Jersey residents feel overtaxed because they are; depending on how you measure it, the state is at or near the top in state and local tax burden in the U.S., and Christie’s ire toward groups that demand ever-higher taxes and spending is popular with the electorate. Christie’s demands for school spending restraint, even (successfully) urging voters to reject local school budgets en masse in 2010, have been popular.

Given that California has similar problems with overspending and overtaxing its residents, conservative politicians could feasibly use these sorts of arguments against the excesses of Jerry Brown’s first four years. The egregious prison guard contract[10], for instance, would be an effective talking point.

But that’s only half of Christie’s replicable success: Christie has also done an excellent job of picking his battles. Although Christie opposes gay marriage, he has effectively conceded a court ruling to legalize it, knowing that fighting it would only anger potential supporters to his left.

California and New Jersey are not the same state, but they are blue states. And Republicans have had success in both in the past. If California Republicans want to start winning again, they might find some lessons in Christie’s victory. Republican state assemblyman Tim Donnelly, who officially kicked off his gubernatorial campaign yesterday[11], would be especially wise to take note.

Update: Barro took issue with a point in this article in an e-mail to CalWatchdog. He wrote:

Because of the different fiscal circumstances, the politics of anti-tax-and-spend policies are very different in the two states, and less likely to be fruitful in California than New Jersey.

The passage of Jerry Brown’s tax increase referendum, including a broad-based sales tax increase, reflects that Californians are not as likely as New Jersey residents to align with the view that the government is overtaxing and overspending. This isn’t surprising given that spending in California is not especially high.

To which I responded:

I should have written:

Conservative politicians could feasibly go on the offense against the nature of some spending in California.

Though California politicians might not be able to point to the same spending levels, there are myriad examples of billions of dollars being misspent. The WSJ piece on excessive prison guard contracts touches on that point. California spending per teacher is extremely high, thanks to unions that also win contracts that occasionally result in terrible things like this happening. California’s expensive high speed rail project, for which spending has spiraled out of control, is another example.