In 2013, maybe more than ever, the key to figuring out how California works is understanding that by far the most powerful forces in state politics are the California Teachers Association and the California Federation of Teachers and the 500,000 people they represent and collect dues from.

So when a Los Angeles Unified teacher feeds semen to his students and has to be bribed to quit, instead of enacting rules to make it easier to fire classroom sexual predators, the Legislature passes a fake reform[1] that would have actually increased protections for pervert teachers.

So when a judge says districts must follow a state law requiring student performance be part of teacher evaluations, instead of compliance, we see the state cancel the standardized tests[2] whose results could have been used against bad teachers. 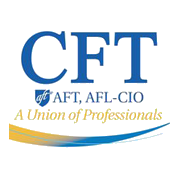 And now here is the latest example of teacher unions’ hegemony in California: A much-trumpeted education reform[3] enacted earlier this year is being hijacked in brazen fashion, further propping up the teacher-favoring education status quo.

The reform I refer to is Gov. Jerry Brown’s seemingly successful push this summer to divert school funding specifically to English-language learners, foster children and disadvantaged children because of his concern that they will lead difficult lives unless they get more out of school, with grim implications for the state’s future workforce. Brown didn’t say it, but these students are the biggest victims of the CTA/CFT chokehold on public education. Instead of having a school system devoted to getting the best teachers to where they’re most needed, we have a system devoted above all to protecting veteran teachers’ compensation. If minority kids suffer, the establishment ultimately doesn’t care.

But Brown’s reform had a second, unrelated component: It eliminated 32 of 45 state requirements on how funds were spent by local districts.

Why was this paired with the focus on high-need students? To appreciate what’s going on here, you need to understand what’s been the biggest headache facing the teachers’ unions: The fact that in recent years, budget woes have prevented hundreds of thousands of teachers from getting pay raises except for the “step” raises most get for 15 of their first 20 years and the “column” raises they get for taking meaningless graduate coursework that doesn’t even have to be in the field they teach.

So what have teacher union-dominated school districts done to free up funds in the operating budget? Over the past five years, they’ve illegally forced students and their parents to pay for basic classroom instructional materials[4]. And they’ve moved aggressively to use 30-year borrowing[5] to pay for basic expenses like routine maintenance and for short-lived technological tools like laptops and iPads.

Now they’ve figured out another scam — one disguised by Jerry Brown’s flowery rhetoric. The legislation proposed by the governor “also sharply increased local authority over school decisions by reducing most state restrictions on how funds are used — reflecting Brown’s ‘subsidiarity’ theory that the closer decision-making is to those directly affected, the better quality it is likely to be,” I wrote in U-T San Diego. But even “before it passed the Legislature, the ‘revolutionary’ funding change was amended to weaken safeguards making sure the additional funds actually ‘followed’ the high-need students and weren’t diverted to adult compensation.”

Now the implementation of the law is being considered by the state Board of Education, where the staff functions as an extension of the CTA and CFT. Think that’s an exaggeration? Here’s a key staff proposal before the board: School districts could meet their reform requirements by offering just one new program for high-need students. If they did so, unless that program was extremely costly, the result would be a big infusion of unfettered funds into districts’ operating budgets.

The state Board of Education is divided over the rules, with a final decision due in January. But don’t bet against the teachers’ unions getting their way. If that happens, it would mean that the most-ballyhooed education reform in California since Gov. Pete Wilson’s classroom-size reduction program ended up just being an elaborate way for the governor and the Legislature to reward their masters and patrons in the CTA and the CFT.

Ones and zeroes key to “Matrix,” teacher pay key to CA

Like Neo figuring out how life was coded to work in “The Matrix,” everything about California politics is much easier to understand once you realize that by far the top priority of by far the state’s most powerful group is protecting the interests of veteran teachers. Considering how easily Jerry Brown got his education funding change through the Legislature, it should have been obvious something devious was going on.

Now all is crystal-clear: This faux reform is actually the most sophisticated ploy yet to free up operating budget funds for teacher pay, using the cloak of social justice.

There’s not much money left in many districts. In San Diego Unified, for example, 92 percent[6] of the operating budget goes to compensation. But the CTA and CFT don’t care. If we increasingly have Potemkin Village schools as a result, Californians will just have to deal with it.

When the people running the state see public schools primarily as a jobs program, such thinking is inevitable.