My weekend was interrupted with yet another robo-call. But unlike other robo-callers, this outfit actually left a message… a jaw-dropping message. 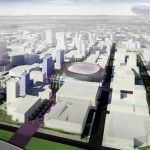 Never mind that I have an unlisted home phone number.

“This is an urgent call from  DowntownArena.org,” the message said. The caller claimed “Out-of-towners” are trying to stop the arena.

“The arena will provide $157 million annually, and create 4,000 jobs. This is an exciting time in Sacramento history,” the caller said.

“This is Michael Ault, president and CEO of the Downtown Partnership. We need your help,” the caller said. “Stop the dishonest petition collectors.”

“If you believe you’ve been deceived into signing one of these petitions, please call immediately.”

Never mind that I have an unlisted home phone number.

The organizers behind downtownarena.org[2], a group pressuring taxpayers for a multi-million dollar government subsidy to build the Kings a new stadium in downtown Sacramento, apparently illegally called more than 110,000 Sacramento households this weekend as part of a disinformation and intimidation campaign to dissuade residents from voting on the deal which will cost the people of Sacramento more than three-quarters of a billion dollars over the next four decades.

Well, I never… $908 million by taxpayers for an arena?

“Documents reveal that the City of Sacramento intends to borrow $304 million dollars – paying over $770,000,000 – to subsidize construction of a new downtown arena,” Voters for a Fair Arena[3] recently reported. “The City must also build a multimillion-dollar reserve fund to supplement the general fund when arena revenues fail to meet projections.”

Voters for a Fair Arena[4] is a group recently formed, not to stop the arena, but instead committed to allowing a public vote on the Sacramento Entertainment and Sports Complex project, and towards advocating for a deal which is equitable, fiscally responsible, and appropriately risk-managed.

According to the proposed terms of the 36-year bond,Voters for a Fair Arena reported the City will spend more than $770 million to repay the debt, with payments as high as $24.8 million per year.

The City of Sacramento will contribute over $908 million dollars of public resources to subsidize construction of a new arena, according to documents released by Goldman Sachs on April 8th, 2013, released to the public upon request by Sacramento City Treasurer, Russell Fehr.

Broken down by household, every single homeowner in Sacramento will be tagged with a cost of $5,200. I know I don’t have an extra $5,200 in my pocket — especially for a sports arena, which benefits few.

What the &%[email protected]!

“We wanted to make sure to get out the message to voters…, and we wanted to go directly to the voters in their houses,” Joshua Wood, Executive Director of DowntownArena.org, bragged to CBS 13 news[5].

Voters For A Fair Arena Deal sent out an email providing information about the phone call code violation, after receiving many emails and phone call complaints about the DowntownArena.org robo-call.

Wood is apparently boasting his organization’s culpability in over 110,000 violations of Public Utilities Code section 2874(a)[6].

2874. (a) Whenever telephone calls are placed through the use of an automatic dialing-announcing device, the device may be operated only after an unrecorded, natural voice announcement has been made to the person called by the person calling. The announcement shall do all of the following:

(1) State the nature of the call and the name, address, and telephone number of the business or organization being represented, if any.

Voters for a Fair Arena are gathering signatures to petition the city to allow this to be on the ballot.

“Voters for a Fair Arena Deal,” was formed amidst unanswered concerns about the pubic cost of the current arena subsidy plan, which will require payments of $25 million per year for 27 years after the initial 8 years of “interest only” payments.  The state recently prohibited school districts from using similar long-term “capital appreciation” bonds.

Each violation of PUC code 2874 is punishable by a fine of up to $500. “In just one day alone, DowntownArena.org willingly committed enough violations of the code to be subject to over $50,000,000 in fines,” Voters for a Fair Arena reported[7].

DowntownArena.org has ramped up their intimidation campaign over the past few weeks as the deadline to submit signatures for a ballot initiative to allow the residents of Sacramento to vote on the arena approaches closer. Besides making illegal and intrusive calls to half of Sacramento, DownArena.org agents have been following campaign volunteers who are trying to give residents the final say over an arena subsidy and badgering those who have already signed and simply want their day at the voting booth.

I was at a local grocery store last week, and saw people in front of the store, collecting signatures for a petition to build the arena.

There is no petition to build the arena. The City Council already voted to allow the arena to be built. This was merely an attempt to be misleading and confusing.

I’ve never seen anything like the tactics used by DowntownArena.org. Their desperation proves there is a huge amount of money in this deal… taxpayer money.

The city’s gross spending is exactly why the arena deal needs a vote of the people. The arena deal, led by Mayor Kevin Johnson, has suffered from a lack of public debate, dubious financial numbers from the city, along with a growing public subsidy, and last-minute legislation by Sen. President Pro Tem Darrell Steinberg, D-Sacramento, to let the stadium avoid a real environmental impact review.

The publicly funded arena is being supported and pushed by labor unions and local government groups:

Anyone in Sacramento who received the robo-call and wants to file a complaint, can call the Public Utilities Commission at 1-800-649-7570[25], or online at https://appsssl.cpuc.ca.gov/cpucapplication/[26]