The Legislative Analyst’s Office has among the best reputations of any state agency. But after the release of Wednesday’s bizarre LAO budget analysis and accompanying press conference by Legislative Analyst Mac Taylor, I don’t know why.

I groused about it in this U-T San Diego editorial[1]:

“Imagine a family in which both parents work and make $100,000 a year between them but have $300,000 in steadily growing credit-card debt. If the parents got raises and their income increased to $110,000 a year, would you say the family is suddenly in good shape financially? Of course not.

“But that sort of happy talk is just what we’re hearing from state leaders after an upbeat report from the Legislative Analyst’s Office predicted a coming era of budget surpluses because of revenue from tax hikes and a surge in capital-gains tax receipts, thanks to Wall Street’s latest boom. 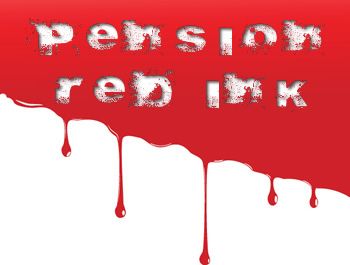 What’s amazing is that the same[2] Sacramento reporters[3] who have covered Gov. Jerry Brown’s efforts to win pension reform don’t connect the dots. If Brown says pension benefits are a toxic, long-term, unaffordable fiscal nightmare, how can that be squared with Mac Taylor’s fiscal happy talk? It can’t be.

“We now find that California’s state budget situation is even more promising than we projected one year ago. The state’s budgetary condition is stronger than at any point in the past decade.”

“As of September, CalPERS had about $260 billion in assets and about $340 billion in liabilities. Those numbers are based on CalPERS’ assumption that decades of investment returns will average 7.5 percent annual growth.

“But a comprehensive 2011 study overseen by Joe Nation, a professor at the Stanford Institute for Economic Policy Research and a former Democratic state lawmaker, concluded assumptions of 5 percent to 6 percent are more historically appropriate. In September, Nation said a more realistic assessment of CalPERS’ current unfunded liability is $170 billion — not $80 billion. …

“The Legislative Analyst’s Office’s report simply doesn’t contemplate what state budgets would look like in coming years if they addressed and paid down the state’s share of CalPERS’ unfunded liability. Instead, it only predicts a slow growth in annual contributions to $2.8 billion by 2019-20 — meaning the total unfunded liability will continue to grow by billions each year.”

In even worse shape than CalPERS: CalSTRS

“CalSTRS is in even worse shape than CalPERS. The state teachers’ pension system reports assets of $172 billion and an unfunded liability of $70 billion. But it too uses the 7.5 percent projection for investment returns. Even with that questionable assumption, CalSTRS is on track to run out of funds in 2043. If Nation’s more prudent model were followed, CalSTRS’ unfunded liability would double, and it would run out of funds long before 2043.

“Once again, the LAO report doesn’t contemplate what state budgets would look like in coming years if they addressed and paid down CalSTRS’ unfunded liability. Even if the optimistic 7.5 percent earnings estimate is used, it’s been estimated that CalSTRS needs $4.5 billion a year for 30 years to dig out of its financial hole. Yet the LAO only predicts a slow increase of state funding to $1.8 billion in 2019-2020.” 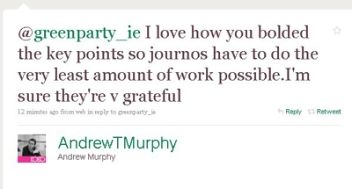 I have whined[4] an awful lot[5] about the state media in recent months. They keep giving me fresh fodder.

How can reporters covering Sacramento not realize that they can’t simultaneously believe that the state government is in good shape fiscally and that it faces an enormous long-term crisis in paying for unfunded retirement benefits?

It’s truly bizarre, because this isn’t a case like fracking or AB 32 where there’s a green agenda driving coverage. Instead, it’s just the laziest pack journalism imaginable.