For the third year in a row, California has been named the worst-run state in America, by 24/7 Wall Street. Is it any wonder? With at least 10 California cities[1] on the verge of municipal bankruptcy, a $24 billion budget shortfall in 2012, including a mid-year shortfall of $930 million and $8.2 billion carried over from the year before, California is a mess. 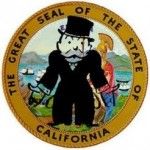 “California carries an A credit rating from Standard & Poor’s, and an A1 from Moody’s — both worse than any other state except for Illinois. Explaining its rating, Moody’s pointed to the state’s history of one-time solutions to resolve its budgetary gaps,” 24/7 Wall Street reported in The Best and Worst Run States in America: A Survey of All 50 – 24/7 Wall St.[3] “It also noted the state’s “highly volatile revenue structure,” due to its over reliance on wealthy taxpayers. The Golden State was also among the worst states in the nation for educational attainment, health coverage, and unemployment.”

Yet, this latest report from 24/7 Wall Street is contrary to many stories in the media about California’s “recovery.”

Gov. Jerry Brown’s crack public relations team has been hard at work [4]convincing the rest of the country that he has sparked a California turnaround. The New Republic even recommended to President Obama that, in his second term, he should “study the Moonbeam” for help cleaning up the growing list of government scandals and repair the economy.

“Many of the best-run states in the nation benefit from an abundance of natural resources. North Dakota, Wyoming, Alaska, and Texas, among the best-run states, are all among the states with the greatest concentration of GDP in the mining industry, which includes activities such as oil and natural gas extraction, as well as coal mining,” 24/7 Wall Street[5] reported.

California isn’t benefitting much at all from its vast and abundant natural resources. The state is openly hostile to oil fracturing, even though tracking could turn the state around economically.

And the city of Sacramento, the State Capitol, is losing businesses large and small. Instead, the city council and Mayor think building a new sports arena is the golden ticket.

Sacramento is a city with a bad attitude problem. It has a proverbial chip on its shoulder, made worse by Mayor Kevin Johnson, who has insisted since being elected in 2008, Sacramento isn’t worth a hoot unless it builds a new sports arena — preferably paid for by taxpayers. 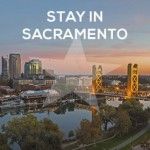 Johnson and arena proponents want Sacramento residents to keep their eyes on the shiny object, and ignore the city’s $2.250 billion debt. Sacramento is a city with an annual general fund of only $370 million.

According to Eye on Sacramento[7], a public policy watchdog, the arena deal is a $350 million immediate subsidy, plus interest on the projected $255 million arena bonds. This amounts to $450 to $500 million over a 35-year period. Total taxpayer cost: $800 to 850 million, depending on the interest rate at which the arena bonds are issued.

The cost could be higher if long-term municipal bond rates continue their recent sharp increase.  Interest costs will be exacerbated by the fact that bond payments in the first 8 years will be interest-only “teaser payments” and not a dime of principal will be paid until the 9th year of the bond.

It’s a potential city killer, particularly when you consider that almost all NBA arenas require a $100M rehab within 10 years and become functionally obsolete after 18 years —  which will be 17 years before the 35-year arena bonds will be paid off.

A nice place to live

This is a shame because Sacramento need not aspire to be San Francisco, Los Angeles, Phoenix or Portland. Sacramento is a very nice place to live.

However, decades of mostly liberal politicians have turned Sacramento into an attention-seeking entitlement child, desperate for “World-Class City” designation, with Mayor Johnson leading this charge.

But politicians and city officials are missing the boat — what constitutes “world class” in a city is not just size, but geographic location, music, art, culture, universities, churches, bodies of water, architecture, restaurants, even a zoo.

We don’t need a billion dollar sports stadium to define the personality and amenities of Sacramento; we have all of those amenities, and Sacramento is located on two rivers – the Sacramento River, and the American River.

“A sports stadium is optional for cities lacking other features,” said Harvey Mansfield[8], a professor of government at Harvard, in a Forbes article.

World class cities are not created with sports teams, and Sacramento is no different. Sacramento already has so many amenities, which the politicians and apologists ignore.

Sacramento hasn’t even capitalized on its unique characteristics. Sitting on two rivers, one would have thought that development along those beautiful waterways would have been a priority. Instead, we have homeless camps along the rivers.

In March 2012, City Councilman Kevin McCarty, a current State Assembly hopeful, even shared his concerns: “The arena deal is the largest financial transaction in the city in years. We are the most broke city in the region.”