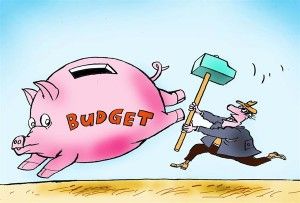 [1]This is Part 1 of a series of stories about tax increases passed throughout California in the November 5 elections.

Earlier this month, local governments throughout California passed more than two dozen little-discussed tax increases that will ultimately affect hundreds of thousands (if not millions) of Californians. The measures, mostly focused on local issues such as schools and police, were given little attention from outside media. However, the results will certainly have some economic impact, and serve as an important harbinger for candidates and activists as California’s 2014 election season begins.

Here is what happened on Nov. 5, according to data from the non-partisan SmartVoter.org[2]:

Statewide, the vast majority of new sales taxes increases (or extensions) passed. Only one municipality throughout the state rejected a sales tax increase or extension measure.

Taxpayers interested in seeing what rate they must pay in different municipalities can visit a new website set up by the Board of Equalization here[3]. Simply enter an address and the generator will indicate what the local sales tax rate is. (Note: Many of the Nov. 5 tax increases do not come into effect until 2014.)

Stockton passed a three-quarter cent sales tax increase, which is expected to last for 10 years. Fifty-three percent of voters supported the measure, which will provide funds to aid Stockton’s police department and dire financial situation in the wake of last year’s city bankruptcy.

El Monte passed Measure GG, which extends a pre-existing sales tax of one-half percent for another five years. More than 70 percent of voters supported the measure that will provide funds for a variety of city services.

Rohnert Park also extended its half-cent sales tax after two-thirds of voters approved. The money will be transferred to the city’s general fund, and the measure includes a promise to prevent Sacramento from taking any of the new money.

The city of Antioch passed a half-cent transactions and use sales tax that will last for seven years. The new funds will be spent on “essential city services” such as police. Slightly more than 68 percent of its residents approved of the new tax.

The town of Corte Madera passed a half-cent sales tax that will last for six years. The measure, approved 68-32, requires that the funds be spent locally.

San Anselmo also passed a half-cent sales tax increase. It will last for 10 years, and the money is meant to be spent on city services such as road repair and public safety programs. Some 70 percent of voters approved of the measure.

San Rafael voters chose to extend their current half-cent sales tax by 20 years, and they added another quarter-cent to it. More than 65 percent of voters approved the extension and increase.

The city of Larkspur passed a measure similar to San Anselmo’s, except theirs only lasts for five years and received support from 76 percent of voters.

Three quarters of Scotts Valley voters approved an eight-year, three-quarter-cent sales tax increase. The funds will be sent to the city’s general fund.

Another small city, Huron, passed a one-cent sales tax to help fund police services. The measure, which required a two-third supermajority, passed with nearly 70 percent of voters’ support. Only 156 votes were cast.

Much like sales tax increases, parcel taxes also proved popular with voters in these low-turnout elections throughout the state. The parcel taxes, which require a two-thirds majority to pass, were primarily sold as beneficial to public education or fire safety. Some required that money be spent only on students. Others allowed for funds to go to “retaining” teachers, a euphemism for allocations to teachers’ pay.

In Contra Costa County, the Moraga School District passed a $129 per year parcel tax that lasts for six years. The funds will ostensibly be spent on Moraga schools. The parcel tax, which required a two-thirds majority, won a narrow victory as more than 68 percent of voters approved the tax.

The Fieldbrook Glendale Community Services District (located in Humboldt County) passed a $75 per year parcel tax for one zone in the district. The tax will last 10 years, and passed with more than 85 percent of the vote.

Campbell Union High School District extended its $85 parcel tax for another eight years, after 77 percent of voters approved the measure.

Marin County voters in the Kentfield Fire District repealed their current parcel tax and replaced it with a special parcel tax of 10 cents per building square foot. Around three quarters of voters approved the tax for fire services.

Atherton also extended its parcel tax, providing the city with around $1.8 million annually.

The city of San Rafael, in addition to increasing its sales tax, saw 72 percent of voters approved of a $49 per parcel tax increase that will last for four years, beginning in 2014.

Aside from parcel and sales taxes, California voters were also faced with an array of different taxes — from hotel occupancy to oil extraction. The measures generally proved popular with the electorate.

The city of Santa Fe Springs more than doubled its oil extraction tax. Oil well operators who once paid 20 cents per barrel in taxes to the city now face a tax of between 41 cents and 52 cents per barrel (based on the price of oil). Only 28 percent of voters didn’t support the tax, which will raise hundreds of thousands of dollars for the city’s general fund.

The small city of Selma, with a population of around 24,000, doubled its hotel occupancy tax from 6 percent to 12 percent. The measure passed by only four votes, out of a total of 1,186 votes cast.

Sunnyvale increased its own hotel tax by 1 percentage point, albeit with a much larger voter margin of 69 percent to 31 percent.

Around 74 percent of voters in the city of Marina approved of a 5 percent “cardroom tax” on annual gross gaming revenues. The funds will be used for general municipal services.

Palm Springs voted to tax medical marijuana collectives 66-34. New funds from the up-to-15 percent tax will be sent to the city’s general fund.

Approximately 77 percent of Brisbane voters approved a tax on businesses that store liquids of “$115.28 per one thousand cubic feet of liquid storage capacity.”

Foster City also increased its business license tax to generate around $700,000 in new revenue for the city.

Not all tax measures passed. Voters were particularly sensitive to new utility taxes (likely because of ever-increasing utility rates). And not every public safety measure was accepted by its community.

Most famously, Modesto voters rejected a sales tax increase in a close vote. Read more about that battle in the California Political Review[4].

In Mendocino County, voters rejected a special tax increase of $14 per unit to build a new fire station, 61-39.

Canyon Lake rejected a special tax fund with revenue generated from a new parcel tax. The proposed parcel tax had a base rate of $204, and allowed up to 7 percent annual increases. Although slightly more than 50 percent of voters approved, the measure fell short of the two-thirds needed to pass.

A 5 percent utility user’s tax failed in Grand Terrace, 39-61. Pacifica joined the anti-utility-tax movement by rejecting an expansion of their utility tax that would include telecommunication services. And some 86 percent of Portola Valley voters actually voted to decrease their pre-existing utility tax by 1 percentage point.

Impact on economy and elections

So what do these tax increases say about California voters? And how will this affect life for those who will see their taxes go up?

In Part 2 of the series, CalWatchdog.com will answer those questions.