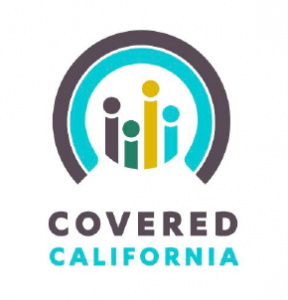 [1]In the wake of the disastrous healthcare.gov rollout, many defendants of the Affordable Care Act began to look for a bright spot. They soon pointed to Covered California, California’s health insurance exchange, as a national model.

But Covered California isn’t free from controversy or failure. Earlier this week, CalWatchdog’s Chris Reed put the relative success of Covered California in perspective[4], pointing out that cancelled plans and rate shocks affected far more people than the number that had signed up. And CalWatchdog’s Katy Grimes expertly described myriad issues associated with enrollment[5] — including the high cost of enrolling new people at sometimes unsuccessful clinics.

And there’s another huge problem for Covered California. Latinos — which make up about half of the state’s uninsured population — are signing up for insurance on the exchange at an abysmal rate.[6] In October, less than four percent of the enrollees were “primarily Spanish speakers.” Latino enrollment is a lynchpin in the program, which requires broad participation to succeed.

So why has the Latino population in California failed to embrace the program? And what is Covered California doing to fix the situation?

Asked if Covered California expected weak Latino enrollment, Lucero said that it was “something that we need to work on.”

“It was expected. From the very beginning, we knew that it’s a different ball game with the Latino community. We knew that it was going to take an extra effort to reach out to them.”

Lucero continued, saying that Covered California was “beefing up” efforts to enroll Latinos by expanding the number of enrollment counselors on a weekly basis. Latinos, according to Lucero, “would rather talk to somebody in person than go online or call the 1-800 number.”

He also said that despite their efforts, “this is going to take us longer than the general population to make sure they get the concept and the important of coverage.”

Lucero was unable to provide information about exact cost of extra efforts to enroll Latinos.

However, Covered California is receiving some free help in publicizing their efforts. They have partnerships with what Lucero referred to as “trusted messengers.” Those trusted messengers, given the name because of the trust that they have built up with the Latino community, include Univision, Telemundo, and La Opinión.

Lucero insists that Covered California does not “dictate their editorial content.” He explained the partnership as natural.

“They are television stations that are very well known among the Latino community. [Latinos] trust their anchors and reporters to get the latest on the Affordable Care Act. We are working closely with these journalists to make sure they get the word out and provide them with the right information.”

Whether or not the beefed up enrollment entities and media outreach efforts succeed in improving Latino enrollment will become apparent as time goes on. For now, however, they have a lot of ground to regain.