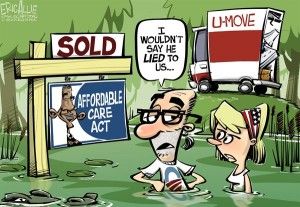 [1]In the wake of the disastrous healthcare.gov rollout, Americans began to wonder when the federal exchange website would be fixed. Inevitably, it was assumed, the website would have to start working. But when?

The White House announced in October that the website would “work smoothly” by Nov. 30.[2] (It was a shrewd decision to choose Nov. 30. If the website didn’t meet the benchmarks imposed by the White House, it would be announced on a Saturday during a holiday weekend.)

Daniel Castro, a senior analyst at the Information Technology & Innovation Foundation, told CalWatchdog.com that it’s difficult to measure success because it “really depends on what the benchmark is.” Castro added that, because the bar has been set so low already, “if the website loads, it feels like a victory.”

There is some clear evidence of improvement. Mike Hettinger of the Software & Information Industry Association pointed to clear signs of progress in the site in the two months since it launched.

“Response time has dropped from eight seconds to one second … and some 400 bugs have been fixed,” he said. “All signs of improvement.”

Castro added that the website was “significantly more stable” and was working 95 percent of the time, up from 43 percent in October.

However, both experts tempered their evaluation of the more positive metrics.

Castro warned that, while the uptime improved, the current amount of time that the system is available “is often considered unacceptable” in the private sector, where anything below 99 percent uptime “would not be very good.”

“And remember, the 95 percent uptime does not include any scheduled maintenance. In addition, the administration did not release how many outstanding bugs remain to be fixed and the severity of these problems.  This is likely a moving target — as one bug is fixed, more might be discovered — but this is something the public should be asking for as it shows how much progress has been made.”

Hettinger also warned that the website is still vulnerable to problems.

And much of the administration’s focus has been on fixing the “frontend” of the website, where average Americans can see progress. However, there is a whole other aspect to the healthcare.gov website, the “backend.” Insurance companies mainly deal with the backend, where payments are made and the enrollment process is automated. Castro predicted that the backend of the website  “will likely still have bugs that need to be worked out.”

He added, “The administration has more leeway here, since they can deliver this data manually if needed, and it is less of a public relations issue if it is not working properly by their internal deadlines.”

The healthcare.gov site that launched on Oct. 1 was not complete — nor is the one available today. Once error rates decrease and the back end of the website is truly fixed, then the website will be truly complete. However, having a working website is only one component of the law.

Once the website begins working, the question is more simple: Are people using it?