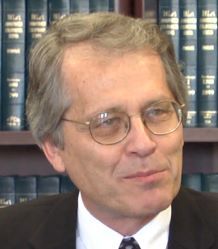 Instead of calling for the governor and the Legislature to sharply increase its annual payments to the funds responsible for these liabilities, Taylor called for relatively slight increases phased in for years — increases that are far short of what an actuary would recommend.

It’s as if a family declared its finances to be in great shape so long as one ignored the $500,000 in credit-card debts.

What makes the LAO’s current insanity so tough to figure out? The fact that at other times, the LAO makes powerful arguments that completely counter the budget assertions Taylor offered last month.

LAO: CalSTRS’ debt much worse than Brown’s ‘wall of debt’

For one example, this is from Ed Mendel’s piece[2] on Calpensions.com in March of this year:

“The nonpartisan Legislative Analyst’s Office yesterday recommended that the Legislature adopt a plan to fully fund CalSTRS in 30 years — an estimated cost of $4.5 billion a year, a hefty addition to current annual contributions totaling $5.7 billion. …

“Ryan Miller of the Legislative Analyst’s Office told the committee that the unfunded liability of the California StateTeachers Retirement System, a century old this year, ‘may be the state’s most difficult fiscal challenge.’

“The analyst said the CalSTRS unfunded liability is twice the size of what Gov. Brown calls ‘the wall of debt’ from years of budgetary borrowing. The governor’s proposed budget spends $56 billion on K-12 funding under the Proposition 98 guarantee.” 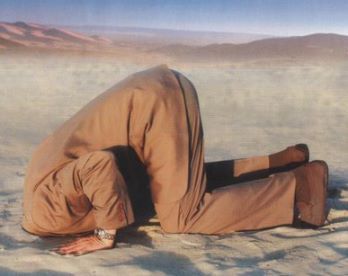 Let’s contrast that with what Mac Taylor said three weeks ago in Sacramento at a legislative hearing.

“’The state’s budgetary condition is stronger than at any point in the past decade. … The state’s structural deficit – in which ongoing spending commitments were greater than projected revenues – is no more.’”

Does LAO staffer have a bloody lip?

Huh? So paying the actuarial minimum for retirement benefits that are contractually guaranteed and protected by a welter of state laws isn’t a “spending commitment”?

What’s going on in Sacramento? Is there something in the Capitol water supply? Psilocybin, perhaps?

I wonder how the LAO staffer who correctly warned the Legislature about CalSTRS’ horrible finances in March deals with his boss’s denial and declining math skills. Does he have to bite his lip to keep quiet when Mac talks of budget surpluses as far as the eye can see? Does he chant “om” to maintain his mental equilibrium? Does he furtively scan the jobs.ca.gov[3] site so he can get away from the Lunatic Analyst’s Office?

I’m not being completely facetious here at all. This was the official position[4] of the LAO when the staff was doing the talking, not the boss:

Now the LAO’s position has become “the state’s structural deficit … is no more.”

Wow. And a whole bunch of other less-family-friendly exclamations.