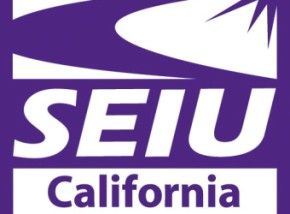 The California SEIU’s thuggishness is a matter of record. SEIU leaders think nothing of openly discussing their plans[1] to monkey-wrench[2] a pension reform measure in Los Angeles. Or about bullying and lying to[3] their own members. The California SEIU’s upper ranks also have a history of corruption[4].

So plainly the union is capable of anything. Here’s the latest[5] from Bloomberg’s Megan McArdle:

“The Service Employees International Union is sponsoring ballot initiatives in California and Oregon that would cap executive pay at hospitals and limit how much customers can be charged. But what does this have to do with the workers? you will ask. The answer is nothing, directly. Instead, the ballot initiatives are bargaining chips. If the hospitals will ‘work with’ the union, the SEIU will back off the ballot initiatives, which threaten hospital profits.

“There are all sorts of reasons not to like unions, or any other group, that use the initiative process this way. There’s no theoretical limit to the terrible initiatives one could come up with, and then drop, in exchange for firms ‘working with us.’ They don’t even have to be initiatives with a high chance of passage, just things that you can force the other side to spend money opposing — at which point, it might be less bother just to give you what you want.”

McArdle doesn’t mention the SEIU’s goal in hassling hospital executives. The SEIU wants hospitals to make it easier for the union to organize in medical-care facilities where employees are now represented by other unions or don’t have unions.

McArdle, who lives in D.C., thinks this tactic reflects a desperation born of failure. That’s not how it looks from the California perspective. The SEIU’s recklessness instead appears born of confidence that the union can get away with it. From Jerry Brown[6] and Kamala Harris[7] to the many other lower-level California Democrats the SEIU helped elect, the agency has little to fear.

And its leaders are not troubled by having a conscience — so expect SEIU tactics to only get more extreme.