Will San Francisco take a big gulp of soda tax? 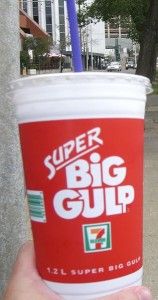 [1]There have been a number of efforts to increase the tax on sugary beverages in California in recent years, with little to show for it so far. But the next battle in the soda tax war, in San Francisco next November, could make or break the sour-on-sugar movement.

Proponents argue that increasing the tax on sodas by one or two cents per ounce will prevent obesity, thereby saving millions of people from diseases like diabetes, and the government millions of dollars in health costs. Opponents consider it a Nanny State tax grab that will do nothing except transfer more money from the people to the government.

The soda taxers are encouraged by a Field poll[2] of 1,184 California voters in February, which showed 68 percent favor taxing sugary beverages if the money goes to school nutrition and physical activity programs.

Support is highest among Latinos (79 percent) and Bay Area residents (75 percent). It’s lowest among whites (62 percent) and those who live along the South Coast (61 percent). Forty-eight percent overall said they would “strongly favor” a soda tax if the money went for those programs.

But when asked about the soda tax by itself, without reference to how the proceeds would be spent, 53 percent opposed it. Sixty-one percent of whites and Northern California residents outside of the Bay Area were in opposition. Latinos were the only group to support it. Fewer than one in four overall said they “strongly support” the tax, while 37 percent strongly oppose it.

“These findings confirm that widespread support exists for policies that combat obesity, including significant support for a tax on junk drinks to help finance school nutrition and physical activity programs,” said Robert Ross, president and CEO of The California Endowment[3], which funded the poll.

“Support for these efforts is even greater in communities that carry the greatest burden of illness and costs from obesity-related conditions. As a state we need to support creative approaches to fighting obesity in California.” 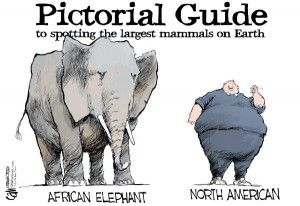 But when voters actually had to put their money where their mouths are, they strongly rejected the soda tax. In Nov. 2012, two-thirds of voters in Richmond[5] voted down a 1 cent-per-ounce soda tax. On the same ballot, nearly two-thirds approved an advisory measure asking that if the soda tax passes, the proceeds should be used for youth sports and health education programs.

Despite those soda tax slap downs, San Francisco’s supervisors are intent on placing a soda tax [7]measure on the Nov. 2014 ballot. Supervisor Scott Wiener[8] introduced an ordinance on Oct. 29 for an initiative that, if passed, would tax sugary beverages at 2 cents per ounce, twice as much as the Richmond and El Monte measures. An estimated $31 million is expected to be raised, which would be targeted at city and school recreation, nutrition and health programs.

Three weeks later, Wiener joined three other supervisors in introducing a similar soda tax ordinance, which will likely be combined with the first. The board has yet to take action. The tax measure would require two-thirds approval from voters to pass.

Wiener is not discouraged by last year’s soda tax failures, telling the San Francisco Chronicle[9] that it “was too easy to attack” because it did not require spending the proceeds on health programs. In contrast, his measure “was carefully crafted to ensure the money is spent on nutrition, physical activity and health — and that it’s not used as a replacement” for existing public health dollars.

Wiener put out a fact sheet[10] warning of an out-of-control problem:

“We are experiencing an epidemic of health problems directly attributable to sugary beverages — including spikes in diabetes and obesity afflicting adults, teenagers, and even young children. Teenagers, particularly in low-income communities, are now being diagnosed with pre-diabetes or full-blown diabetes. These cases of diabetes are attributable to significant consumption of sugary beverages.

“Sugar-sweetened beverages are different — and more extreme — than other sugary foods in terms of their negative health effects. Extensive data on how the body processes sugar-sweetened beverages demonstrate that these are more than empty calories. These drinks do not satiate hunger, unlike foods that eventually create a feeling of fullness.

“Sugar in these beverages can be consumed in large quantities in a very short period of time, effectively rushing the liver — which processes the drinks as toxins — with large amounts of sugar and leading to fat deposits … that give rise to diabetes, cardiovascular disease, and other diseases. The consumption of sugar-sweetened-beverages has also been shown to raise triglycerides, leading to increased risk of heart attacks and stroke.”

“Californians have rejected beverage taxes like the one San Francisco Supervisor Scott Wiener proposes because such measures are unnecessary, wasteful distractions from serious policymaking. Providing people with education, opportunities for physical activity and diverse beverage choices to fit their lifestyles are proven strategies for maintaining health.”

It responded to the second San Francisco soda tax ordinance with this statement:

“Regressive beverage taxes that raise the cost of living for consumers and hurt local businesses are no way to improve community health, and have been soundly rejected by voters each time they have been proposed.

“Fortunately, across the country, there is evidence that the prevalence of obesity may have peaked, and progress is being made through collaborative measures to provide nutrition education, opportunities for physical activity and delivering diverse beverages choices that fit a healthy lifestyle.”

Ironically, even without extra taxation, consumption of soda has been declining for several years as consumers switch to energy and sports drinks. The Field poll shows that only one in four strongly believe that Gatorade-type sports drinks contribute to obesity. But if those drinks contain more than 25 calories of sugar per 12 ounces, they could be taxed in San Francisco under Wiener’s ordinance.

There also have been several soda tax attempts in the state Legislature, all of them bottled up in committee. The latest was Senate Bill 622[12], which proposed a  1 cent-per-ounce tax on sugar-sweetened beverages.

It would have brought in an estimated $1.74 billion to state government. But due to a reluctance to take on the upfront costs to state government that would be required to collect the tax, the bill was placed in the Senate Appropriation suspense file in May. That allows it to be brought back for a vote in 2014.

“I remain committed to enacting SB622, as it will improve children’s lives and significantly reduce the amount Californians will pay to treat chronic diseases,” said the bill’s author, Sen. Bill Monning[13], D-Carmel, in a statement[14]. He noted that it passed both the Senate Governance and Finance Committee and Senate Health Committee.

The debate at the May 1 Senate Health Committee hearing was a preview of the arguments to come in San Francisco.

“With the money collected from the sweetened beverage tax, we can start to reverse obesity trends and do the things we know we should to ensure that our children are healthy,” Monning told the committee. “We cannot afford to sit by while the obesity crisis overwhelms our health care system and shortens our children’s lives. A tax on sugary drinks is not the cure all, but it can be a valuable tool in a broader public health campaign.”

He was backed by Dr. Harold Goldstein, executive director of the California Center for Public Health Advocacy[15], who said that nearly 40 percent of children in California are overweight, and that 10 percent of Californians have diabetes.

“It’s expected that if the obesity epidemic isn’t turned around, a third of all children born in the year 2000, and half of Latino and African-American children, will have diabetes sometime in their lives,” said Goldstein. “Imagine what will happen with health care costs if diabetes rates double or triple.

“Sugar drinks are not the only cause of the obesity epidemic, and they aren’t treated as such in this bill. Instead, they are being held accountable for the unique and proven harm that they are doing to the health of Californians, especially California’s children.”

Bob Achermann, representing the California-Nevada Soft Drink Association, responded that information, not regulation and taxation, would accomplish a lot more toward the legitimate goal of curbing obesity:

“We share the concern over the problem. The question is the best way to address it. We think the marketplace is changing. There’s a wide variety of products available in the marketplace now. Low- and no-calorie products. The industry is doing a lot in terms of making more caloric information available to people on the packaging, on the container, on the package in the store, on the vending machine selection button, the fountain when you fill your cup.

“We think that accomplishes a lot more in terms of making people aware of the issue. Moderation in diet and the need for exercise is certainly the way to address obesity problems.”

Achermann warned that the tax could lead to increased beverage prices across the board, thereby negating any deterrent effect a soda tax might have on soda purchases.

“When you look at the beverage aisles or a vending machine, you will see prices are consistent across product lines,” he said. “So if you have a Diet Coke versus a regular Coke, the prices are still the same. We think this [soda tax] will raise the price on all products … and will simply raise a lot of money for the state, take a lot of money out of consumers’ pockets and not be good for the economy.”

After the bill failed to advance, the beverage industry issued this statement, “Thousands of Californians and local businesses joined our coalition to stop Senate Bill 622, which would have raised grocery prices and hurt business on which California livelihoods depend. This is the second time a tax like this has failed in Sacramento. Unfortunately, this fight isn’t over.”