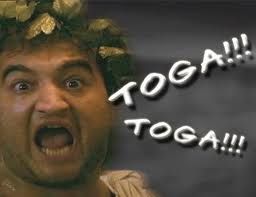 Ever wonder why the ancient Romans built an “empire without end,” to quote Virgil, while walking around in togas?

Because it was a lot warmer then than now.

And why Robin Hood ran around Sherwood Forest in tights?

A new study shows that the recent “global warming” — which in any case stopped in 1998[2] — is nothing new. The earth goes in cycles: the Roman Warm Period; followed by the cool temperatures of the Dark Ages; then the Medieval Warm Period; followed by the Little Ice Age, when George Washington crossed the frigid Delaware River; and the current somewhat warmer period. 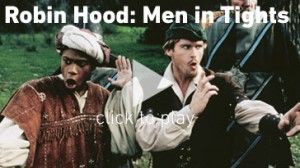 [3]Those earlier, warmer times, of course, had almost no industry, and global populations were fractions of ours. So the warming could not have been caused by humans, unless you believe Stonehenge had something to do with it.

Here’s a summary of the study[4] from Sweden:

“Historical tree line positions are viewed in relation to early 21st century equivalents, and indicate that tree line elevations attained during the past century and in association with modern climate warming are highly unusual, but not unique, phenomena from the perspective of the past 4800 years. Prior to that, the pine tree line (and summer temperatures) was consistently higher than present, as it was also during the Roman and Medieval periods, c. 1900 and 1000 cal. a BP, respectively.”

New facts keep blowing apart the “global warming” theory. The latest comes not from some global warming “denialists,” as Gov. Jerry Brown calls them when he warned[5], “humanity is getting dangerously close to the point of no return” on global warming.

Rather, the study is from Sweden, one of the most liberal countries in the world.

Brown even set up a state website, with our tax money, Climate Change: Just the Facts[6], which stipulates:

“Climate change poses an immediate and growing threat to California’s economy, environment, and to public health. California’s groundbreaking efforts are helping reduce greenhouse gases emissions, which are warming the planet. The state is also taking action to prepare for the unavoidable impacts of climate change, including the increased likelihood of both flooding and drought.”

And we’re still forced to live under AB 32, the Global Warming Solutions Act of 2006[7], which slams our manufacturing companies, forcing them to leave the state, or the country, taking good, middle-class jobs with them.

The real “denialists” are those who deny that global warming has stopped; and that global warming and cooling are oscillations caused by changes in the sun and other natural forces that long antedate puny humans scratching out a precarious existence on the earth’s surface.