My three-part series about the Employment Development Department computer system upgrade has some in the agency wanting to unload. Apparently EDD officials’ explanation of the newly updated $100 million computer system “glitches,” and claims of understaffing, aren’t the whole story, according to some EDD employees. 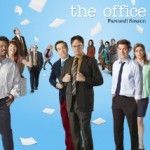 I’ve received calls from EDD employees with tales of lazy coworkers and strange office work conditions one would usually only find in Hollywood sitcoms.

“The Office[2]” has nothing on the EDD, according to EDD employees I spoke with. But even with the lazy, napping, snoring, or movie-watching co-workers, EDD workers say there is no shortage of employees to process unemployment claims.

No shortage of EDD employees

Several EDD employees told me they believe the upper management at the EDD is allowing the massive unpaid claims debacle to continue in order to show the Legislature and governor that the agency needs more funding, and more personnel hired.

But  several of the workers I spoke with, some of who have been with the EDD for more than 10 and 20 years, say the problem is a lack of leadership within the agency.

Why else would EDD employees be allowed to watch movies on their iPads all day? Or snore loudly while they nap? Or make personal phone calls — for hours? EDD employees reported that coworkers really do this.

The tales I heard did not sound as if they were coming from disgruntled employees either. I was a Human Resources Director for 20 years. I am relatively adept at identifying real workplace complaints, or employees who feel unappreciated.

Another EDD employee told me about a co-worker who watches movies all day long on his iPad. She said his desk is right next to the supervisor’s office.

Another EDD employee said one of his coworkers snores loudly when she naps at her desk. He said supervisors walk by the napping employees and movie watchers, but never correct the behavior.

Of the EDD employees who contacted me, all said supervisors are either busy socializing with coworkers, or never come out of their offices.

“People turn off the phones,” one EDD employee said. “They don’t even answer the calls. The lack of work ethic these people have comes form the very top,” she added. “Nobody is accountable for anything.”

One EDD employee who said she’s been with the agency 22 years, said staff are spending entire work days decorating the offices for the holidays, and planning holiday parties. “They are bored,” she said. “I am amazed at how much time they spend planning parties, and they are pulling in overtime wages.”

In her office, she also said EDD employees watch television shows on their iPads, right in front of supervisors.  “Some are sleeping at their desks. This is insane!” she added.

“There is no shortage of manpower,” she said. “The EDD did that massive hiring with the funding from the Obama administration. There’s no lack of staff.”

“I called that dude Henry Perea,” she said, referring to Assemblyman Henry Perea, D-Fresno. Perea is chairman of the Assembly Insurance Committee, and held a hearing in November about the EDD computer failures, which left tens of thousands of claimants without their anticipated unemployment checks.

“I left him a message telling him about what goes on in my office,” she added. “I’ve been with the EDD 22 years, and it’s never been like this… this bad.”

“And the good employees, we’re watched like hawks,” another EDD employee told me. “If we’re productive, they deliberately slow our work down,” he said.

“It’s no wonder in the annual survey [3]of best and worse run state governments, we’re always ranked the worst managed state,” he said. “And EDD is the worst of the worst.”

Links for my Three-Part Series: Part 1, an interview with EDD Spokesman Dan Stephens, is here[4]. Part 2, “EDD computers must be fixed by Dec. 31,” is here[5]. Part 3, “Employment Development Computer system not yet fixed,” is here[6].