Is bringing back redevelopment a good idea? 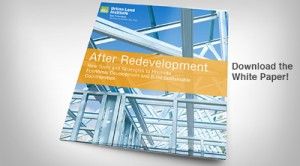 [1]The Urban Land Institute[2] seeks to rebuild redevelopment in California. The essence of the proposal is that redevelopment should be good to go again if just some technical tweaks are made.

But we’ve been there before.

California’s redevelopment law was repealed in 2011 largely because it was siphoning $1.5 billion a year away from the state general fund, including from schools. After the law’s repeal, municipal redevelopment agencies were closed and their remaining funds transferred to the state.

But property rights advocates [3]also charged that redevelopment used eminent domain to take the property of homeowners and small businesses to give to “big box” stores with political clout.

Often the compensation was below market values, hurting the citizens to help wealthy developers.

By artificially pumping tax money into real estate, redevelopment also played a part in the housing bubble that led to the housing bust of 2007-09, from which Californians are still recovering, especially those in the state’s inland areas. Of course, there were other causes for the housing boom/bust, such as easy loans to those unable to make payments.

Having once been employed as an affordable housing development analyst for the Los Angeles County Community Development Commission and chief real estate appraiser for the Metropolitan Water District of Southern California acquiring land by eminent domain, I was interested to read the Urban Land Institute’s new 22-page proposal, titled, “After Redevelopment: New Tools and Strategies to Promote Economic Development and Build Sustainable Communities.”[4]

Let me point out some serious issues not addressed in the ULI proposal from real world cases I have been writing about at Calwatchdog.com for some time. After that, I will examine the specifics of the ULI proposal.

There are many more such cases.

The proposal by the Urban Land Institute doesn’t call for addressing any of the above crucial issues facing cities today.  The ULI proposal merely wants to give newly organized redevelopment agencies the power to issue tax-exempt bonds with only a 55 percent vote of the people, instead of the current two-thirds vote required under Proposition 13.

The ULI doesn’t propose any reforms to “buy low-resell high” eminent domain laws that thwart the private assemblage of land.  The proposal says this different kind of redevelopment  no longer would siphon property taxes from public schools.

But it really wouldn’t end the practice many cities used of diverting their property tax increment funds from redevelopment away from public schools and into city coffers to pay for lucrative pensions for police and fire departments. The ULI proposal doesn’t address whether the revival of redevelopment would continue to be used to create a “public pension bubble.”[12]

But tweaking the provisions of the old redevelopment law won’t change the major problems caused by redevelopment in the first place, and which led to its repeal in California.