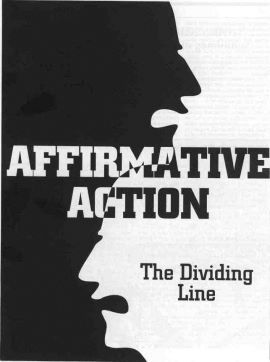 “SAN FRANCISCO (AP) — In a bitter fight over the effects of affirmative action, the California Supreme Court ruled Thursday that law school data on race, attendance and grades should be available to the public.

“The unanimous decision represents a legal victory for a law professor seeking to test his notion that minority students are actually harmed by preferential admissions policies.

“UCLA law professor Richard Sander created a firestorm when he published his ‘mismatch theory’ in the Stanford Law Review in 2004. … To further his research, Sander sought data on ethnicity and scholastic performance compiled by the State Bar of California with a public records request in 2008. The state bar denied the request, prompting the lawsuit. …

“Sander theorized that affirmative action was the reason for the disparity because racial preference admission policies placed black students in elite universities when they would have done better attending less rigorous schools.”

Pushing policies that may hurt “beneficiaries”

It’s hard to overstate the cynicism of those who want to keep the records secret. It’s not just that they seek to create a new category of exempt public records in defiance of settled state law on the release of racial statistics for public university admissions.

They didn’t care that the release of the statistics might actually help African-American students!

They would rather preserve the status quo than see if public policies are backed by evidence. Sander is doing what (good) professors do: empirical research. There is no reason that I have seen to believe that Sander is motivated by malice. If he’s right, that’s a significant factor that just shouldn’t be dismissed out of hand. And if he is right, that means that the racial-political establishment has actually done more harm than good, at least in law-school admissions.

This is the same establishment that has promoted the obnoxious and insanely toxic claim that conservative opposition to Obama always gets back to race — as if conservatives spent decades pretending to hate big government because they knew at some point they could use it as cover to hide their racial animus toward the first African-American president. Unbelievable. (Please don’t tell me “Obamacare” was a conservative idea, so it’s racist to oppose it[2]. What’s unfolding is far from conservative.)

Given this present sordid state of affairs, the noble nature of the initial push for civil rights sure seems distant history.