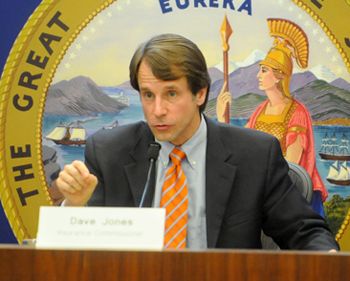 In an unusually tart warts-and-all Sac Bee profile[1] of Insurance Commissioner Dave Jones, reporter Chris Cadelago gives early notice on what will be a huge story in state politics next year:

“A 2014 initiative advanced by Jones, a Sacramento Democrat, and Consumer Watchdog would give the insurance commissioner the authority to deny health insurance rate increases his department deems excessive. …

“‘The health insurers and HMOs will do everything in their power to crush this, including attacking me and attacking the initiative,’ he said. ‘This is the last thing in the world they want to see happen.’

“Others say the health overhaul should be given an opportunity to work before imposing what they see as potentially costly new regulations that could undermine it. They say it would create more bureaucracy that would reduce access to care and drive up rates. Kim Stone, president of the Civil Justice Association of California, said the measure would be a bonanza for organizations that intervene in rate cases and increase costs.

“’This initiative isn’t about improving health care for millions of Californians,’ said Tom Scott, executive director at California Citizens Against Lawsuit Abuse. ‘It’s really about putting money in the pockets of trial lawyers who could file costly legal challenges that will end up ultimately costing patients and consumers more money.”

Another way to look at the initiative is yet another expansion of government power over the private sector. In a state with the highest effective poverty rate in the nation, why would we want to make the status quo even harder on a big segment of the private economy?

Trial lawyers, Latino Dems should be like oil and water

Cadelago’s excellent analysis has lots of interesting details on Jones’ background, including plenty of evidence that not just Republicans but fellow Dems in Sacramento see him as a publicity-seeking stunt man. 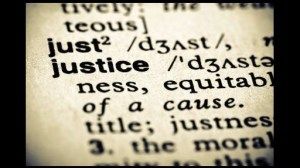 Why? The Trevor law firm scandal of a decade ago. Here’s my account from earlier this year:

“Consider what happened in 2003.  Early that year, a series of sickening media reports detailed how several L.A. area law firms, especially the Trevor Law Group[2], filed thousands of frivolous suits against small businesses such as restaurants, dry cleaners and car repair shops, many run by immigrants or minorities with a poor grasp of English and a lack of awareness of their legal rights. The suits, which were allowed under the state’s Unfair Competition Law, would allege minor technical infractions of various state codes and demand payments from $6,000 to $26,000 to drop the suits.

“But the trial lawyers pushed back. And fearful of offending a key source of Democrats’ campaign funds, Democrats didn’t just cave and block reform measures. They actually offered a bill that would have exposed the small businesses being sued to even bigger court judgments — in other words, giving the extortionist law firms an even bigger club to threaten business owners.

“The Unfair Competition Law only ended up being fixed by a 2004 initiative.”

Preying on immigrants not social justice

I understand why people say Republicans are an uneasy and unnatural coalition. Social conservatives and libertarians have little to agree on nowadays besides the idea that big government is scary.

But the California Democratic Party is every bit as odd a coalition. Its richest backers — teachers unions and trial lawyers — have agendas that are inimical to the interests of its biggest voting bloc.

But among Latino Democrats, only former state Sen. Gloria Romero ever bothers to point this out[3].