A member of the Board of Directors of the New Mexico Health Insurance Exchange [1]just reported only 291 people have signed up for Obamacare in her state. The New Mexico state motto is, “Crescit eundo,” which means, “It grows as it goes.” But it appears the New Mexico health exchange isn’t growing, nor is it going.

“Maybe the broken promises have turned people away,” Deane Waldman wrote in the Huffington Post[2] Monday. “No doubt you know that the president’s ‘If you like your health plan, you can keep it,’ achieved the dubious distinction of becoming Politifact’s Lie of the Year[3] for 2013. Similarly, he promised that you could keep your doctor. You know this to be another falsehood. With the government’s new reimbursement schedule, your doctor cannot keep you.” 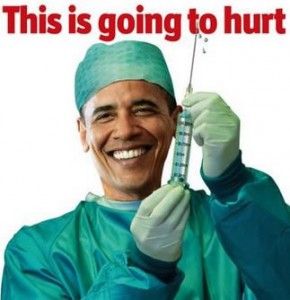 Waldman appears eminently qualified to share her concern. Her bio on HuffPo reads:

“Deane Waldman MD MBA (“Dr. Deane”) is the author of newly released ‘The Cancer in Healthcare[5];’ Host of the free newsletter, The Hidden Enemy[6]; a member of the Board of Directors of the New Mexico Health Insurance Exchange; Adjunct Scholar for the Rio Grande Foundation, a public policy think tank; and Emeritus Professor of Pediatrics, Pathology, and Decision Science at University of New Mexico.”

The New Mexico Health Insurance Exchange “has a well-functioning, user-friendly website, in contrast to healthcare.gov. Our call center gets you a human to talk to inside of two minutes,” Waldman wrote in American Thinker[7] today. “Our carriers’ prices are accurate and easily comparable, again unlike the FFM (federally facilitated market). Our increase in insurance premium costs is generally less than 10 percent higher than pre-Obama, in marked contrast to our one-over neighbor Nevada, where insurance prices have skyrocketed [8]179 percent.”

New Mexico committed and spent $50 million on the health exchange and outreach so far, the BizJournal[9] in Albuquerque reported.

“Washington can spin the facts into pretzels and sow its disinformation. It can outright lie about consequences, such as Obama’s Lie of the Year [10]for 2013 (per Politifact),” Waldman said. “They can hail Covered California — the ObamaCare Health Exchange in the Golden State — as a great success, even though seventy percent of California doctors [11]say they will not accept patients ‘covered’ by Covered California because its reimbursement schedule is below their cost of staying in business.”

New Mexico technically did everything right. The computer system works, and outreach has been comprehensive and extensive. But even with a smooth implementation, unlike the rest of the country, New Mexico residents just don’t want Obamacare.

“Mr. President, we won’t buy Obamacare because we don’t like what you are selling[12],” Waldman said. “And when you try to force us to buy; when you condescendingly assure us that ‘Father Knows Best,’ we do what Americans have always done since 1776. We resist central control of our lives and most particularly, of our freedom to choose.”

Waldman added[13] that “Americans are culturally programmed to resist” authority. “The harder a central authority figure pushes us, the harder we push back.”