USA Today: Obamacare a fiasco in at least 34 states 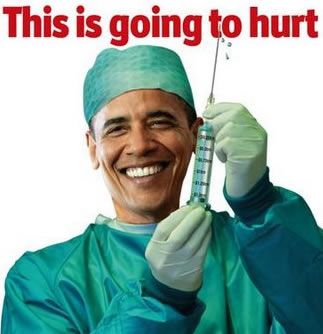 The national media were asleep for a long, long time on Obamacare. But no more. This is from USA Today[1]:

“More than half of the counties in 34 states using the federal health insurance exchange lack even a bronze plan that’s affordable — by the government’s own definition — for 40-year-old couples who make just a little too much for financial assistance, a USA TODAY analysis shows.

“Many of these counties are in rural, less populous areas that already had limited choice and pricey plans, but many others are heavily populated, such as Bergen County, N.J., and Philadelphia and Milwaukee counties.

“More than a third don’t offer an affordable plan in the four tiers of coverage known as bronze, silver, gold or platinum for people buying individual plans who are 50 or older and ineligible for subsidies.

No surprise to readers of conservative, libertarian websites

None of this comes to any surprise to readers of Cal Watchdog, Instapundit, Hit & Run, NRO’s The Corner or plenty more websites where critical thinking about the administration’s biggest initiative trumped partisanship. The Affordable Care Act really was a disaster. Right-wing racists really weren’t making that up.

But instead of seeing all the advance signs the ACA was going to be a debacle, the media either bought the idea that Obamacare critics were racists or took a wait-and-see attitude.

Not any more. Here’s more from USA Today:

“The USA TODAY analysis looked at whether premiums for the least expensive plan in any of the metal levels was more than 8% of household income. That’s similar to the affordability test used by the federal government to determine whether premiums are so expensive consumers aren’t required to buy plans under the Affordable Care Act.

“The number of people who earn close to the subsidy cutoff and are priced out of affordable coverage may be a small slice of the estimated 4.4 million people buying their own insurance and ineligible for subsidies. But the analysis clearly shows how the sticker shock hitting many in the middle class, including the self-employed and early retirees, isn’t just a perception problem. The lack of counties with affordable plans means many middle-class people will either opt out of insurance or pay too much to buy it.

“The prices of exchange plans have shocked many shoppers, especially those who had plans canceled because they did not meet the ACA coverage requirements. But experts are not surprised.

“‘The ACA was not designed to reduce costs or, the law’s name notwithstanding, to make health insurance coverage affordable for the vast majority of Americans,’ says health care consultant Kip Piper, a former government and insurance industry official. ‘The law uses taxpayer dollars to lower costs for the low-income uninsured but it also increases costs overall and shifts costs within the marketplace.’

“Along with underscoring how high rates are in many places, the analysis could portend more problems for the health law’s troubled rollout. The Congressional Budget Office projected 7 million people would sign up for the law by the end of 2014 and enrollment is already falling several million short of that goal. Insurers need a lot of relatively healthy people to sign up for insurance to make up for the higher cost of insuring the less healthy. Highly subsidized lower-income consumers who haven’t had insurance before often weren’t getting regular doctors’ visits. If many of those making about $50,000 for an individual or about $62,000 in household income for a couple opt out of the new health care system, it will deprive it of some of the counterbalancing effect needed.”

We need about 4,000 reverse Pulitzers

Instead of giving out 20 Pulitzers this spring, the Pulitzer committee should give out 4,000 reverse Pulitzers to the reporters and pundits for newspapers, magazines and online sites covering Washington. The Obamacare debacle is mostly on the Democrats. But it is also on their de facto media allies.

On the biggest issue of his presidency, they gave their pal a pass. And then things went so bad that they couldn’t keep covering for him.