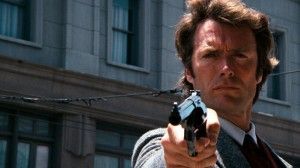 After them, the percentages fall off fast to single digits.

Only two Californians made the list: Clint Eastwood at 7th place for men, with 1 percent. Dirty Harry still makes a lot of people’s day.

And former Secretary of State Condoleezza Rice, in 6th place for women, with 2 percent; she long has been associated with Stanford University.

Angelina Jolie, [2]with Brad Pitt, apparently owns one of her many homes in California, but spends most time in France. That might change with that new 75 percent top French income tax[3] rate kicking in. Angie ranked 8th on the most admired list, with 1 percent.

Mitt Romney, although he apparently is spending a lot of time at his $12 million[4] La Jolla beach house, was nominated for president last year from Massachusetts, so he’s still not yet a surfer. He garnered just 1 percent of the “most admired” votes, finishing in 9th place.

Conspicuous by his absence was Gov. Jerry Brown. His insistence that California is “back” apparently didn’t catch on much beyond media pundits.