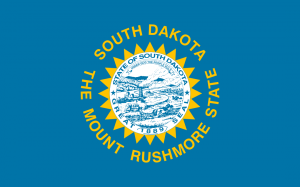 [1]When Proposition 30[2] was being pitched in the fall of 2012, Gov. Jerry Brown and others pooh-poohed the idea that rich folks would find ways to avoid its $7 billion in new taxes. Because the national and state economies have been growing, and the Prop. 30 money has been flowing in, it seems as if Brown and the other were right.

Except that rich folks keep finding ways to shelter their money from the tax gremlins. Bloomberg reports[3]:

Among the nation’s billionaires, one of the most sought-after pieces of real estate right now is a quiet storefront in Sioux Falls, South Dakota.

A branch of Chicago’s Pritzker family rents space here, down the hall from the Minnesota clan that controls the Radisson hotel chain, and other rooms held by Miami and Hong Kong money.

Don’t look for any heiresses in this former five-and-dime. Most days, the small offices that represent these families are shut. Even empty, they provide their owners with an important asset: a South Dakota address for their trust funds.

In the past four years, the amount of money administered by South Dakota trust companies like these has tripled to $121 billion, almost all of it from out of state. The families needn’t actually move to South Dakota, or deposit their money at a local bank, or even touch down in the private jet. Little more than renting an address in Sioux Falls is required to take advantage of South Dakota’s tax-friendly trust laws.

The Pritzker family, by the way, are liberal Democrats who have been big supporters of the Clintons and President Obama. Hillary grew up in a Chicago suburb; and the president, of course, moved to the Windy City and his political base still is there.

But the Pritzkers and other rich liberal Democrats are smart enough not to pay the high taxes they favor politically. You get rich and stay rich by being savvy, not stupid.

For regular people, all that money from rich people flowing in to South Dakota, and the Mount Rushmore State’s reputation as business friendly, also are paying off. South Dakota’s unemployment rate [4]is just 3.6 percent for November, second best only after North Dakota’s 2.6 percent.