A point that can never be made enough about the policies of California Democrats is how much they actually hurt poor people. Their top priority is pleasing the richest part of their base — unions, trial lawyers and the urban professionals for whom environmentalism is a religion.

So they oppose anti-union Walmart, even though the Obama White House’s top economist says Walmart’s low prices make it a progressive godsend[1] for poor people.

So they back high taxes and heavy regulation, which prevents job growth and leaves California with the nation’s highest effective poverty rate.

So they back a public education status quo in which the interests of veteran, tenured teachers top the interests of every other “stakeholder” combined. If you think that’s exaggerated, remember that we have a 1971 state law requiring that student performance be a part of teacher evaluations. Not only is the state law ignored, insanely enough, a stage agency — the California Public Employment Relations Board — seriously argues that the law should be subject to retroactive collective bargaining[2].

Now comes another Dem-sanctioned pounding of the poor 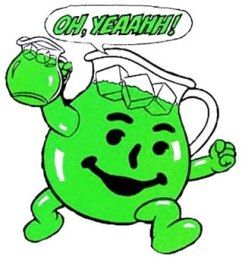 But what’s not yet widely appreciated is how California’s greens’ energy policies, starting with AB 32, will hammer the less fortunate. Five years ago, air board documents forecast an increase of as much as 60 percent in retail energy costs after AB 32 took full effect in 2020. Who is least able to deal with such a rate shock? Duh. Poor people.

We’re getting a sneak peek at what the future holds from Maryland. This is from National Review[3]:

“Governor Martin O’Malley’s aggressive green agenda has favored expensive renewable-energy sources, driving up the cost of electricity. The 784,000 Marylanders who are living in poverty, and many more on the brink of it, have been particularly hard hit, even though sometimes the cost is offset by subsidies.

“Since O’Malley assumed office in January 2007, residents’ electricity rates have increased by 43 percent, according to estimates from Change Maryland, a group chaired by Larry Hogan, a Republican who intends to run for governor. …

“By 2020, O’Malley wants 18 percent of the state’s energy to be supplied from green sources, even though natural gas is at least 37 percent cheaper an energy source than onshore wind, and solar energy is at least 98 percent more expensive than conventional coal. Working toward this goal, the governor has backed several green policies, despite their impact on electricity prices. …”

Higher cost a feature, not a glitch

“The increased cost of energy isn’t just a side effect of Maryland’s environmental agenda; for radical green policymakers, it’s the point, explains Myron Ebell, the director of energy and global-warming policy at the Competitive Enterprise Institute. Already, consumption has decreased by 9.4 percent under O’Malley’s tenure, according to the Maryland Energy Administration.

‘The purpose of [such green policies] is to make people poorer so they can’t use as much energy,’ Ebell says. ‘They are making life very difficult for the lower-middle-class and working-class people and creating a greater divide between rich and poor, and despite the rhetoric that we need to reduce inequality, it’s really designed to do the opposite.'”

“Maryland’s poorest families could breathe easier if they were allowed to use cheaper energy sources.

“The Maryland Budget & Tax Policy Institute has highlighted a ‘home energy affordability gap,’ noting that energy is considered affordable when it costs less than 7 percent of household income. But in Maryland, people at 50 percent of the federal poverty level or below devote about 40 percent of their income to energy consumption, says Richard Doran, program director of the Fuel Fund of Maryland. …

“Right now, Doran says, at least 500,000 state residents are struggling to pay their utility bills. And Children’s HealthWatch, which provides nonpartisan policy analysis, reported in 2011 that 15 percent of Baltimore residents had been threatened with a shutoff and that an additional 18 percent were heating their homes with a cooking stove, had experienced a shutoff, or lived in an unheated home.”

This is the coming reality, California: already-impoverished people being further impoverished by AB 32.

The party of the poor isn’t really about the poor. It’s about the needs and whims of its slice of the middle class, in this case the green religionists.