California's budget battles will begin on Friday when Gov. Jerry Brown releases his proposal for fiscal year 2014-15, which begins on July 1. The media and political buzz in the Capitol building is that the state has a surplus — and maybe voters even are ready for higher taxes.

“We now find that California's state budget situation is even more promising than we projected one year ago,” stated a report on the 2014-15 budget by the [1]Legislative Analyst's Office[2]. “The state's budgetary condition is stronger than at any point in the past decade.” 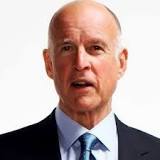 The estimation represents a surprising turnaround for California, which had been wallowing in a $26 billion deficit only three years ago, when Brown took office after Gov. Arnold Schwarzenegger had failed in his 2003 promises to end “the crazy deficit spending.[4]”

“We have climbed out of a hole with a Proposition 30 [5]tax,” Gov. Jerry Brown announced[6] during budget negotiations last May. He was referring to the $7 billion tax increase voters passed in Nov. 2012.

The following are some items to look for in Brown's budget proposal to see how, or if, they are accounted for.

On July 1, state workers will begin enjoying 2.5 percent pay raises Brown negotiated for them. That will be followed by another 2 percent on July 1, 2015. Brown explained[7]:

“If I characterize it to please the critics, then I might say that it’s good for the taxpayer.  And if I’m trying to get it ratified, I’ll say it’s a helluva deal for the workers.  So either way, I will err – and therefore, I will say nothing more than it’s fair.”

“We have achieved each of the four top priorities identified by our members. Protecting retirement security, preserving our 80/20 health benefit premiums, no new furloughs or PLP [Personal Leave Program[8]] days and a wage increase for everyone.”

In his budget proposal, Brown is expected to advance spending millions of dollars on the state's controversial high-speed rail project[9]. The money would come from penalty fees assessed by the California Air Resources Board[10] on California businesses for carbon emissions.

Yet a congressional committee is in the middle of a probe of California’s high-speed rail project[11] over charges of conflicts of interest and questionable spending of federal dollars.
cheap software download[12]
The projected high-speed rail costs have varied from an original estimate of $33 billion, to an official high estimate of $98.5 billion, and back down to $68.4 billion. But the Legislative Analyst’s Office warned it is “highly uncertain if funding to complete the high-speed rail system will ever materialize.”

Senate Bill 768, by Sen. Kevin de León, D-Los Angeles, proposes to more than triple California’s cigarette excise tax from $0.87 to $2.87, amounting to a $2 tax increase on every pack of cigarettes, which would increase the price to about $9 per pack in grocery stores, a little less in tobacco stores. The tax would also extend to cigars.

These longtime proponents of cigarette tax increases said Prop. 29′s narrow defeat justified bringing it back through the Legislature. The groups also stand to benefit from the estimated $1.4 billion raised by the tax because much of the money would go into medical research and anti-tobacco programs.

A big potential problem would be an increase in the cigarette black market from the higher prices. This has happened in high-cig tax New York City, where 60 percent of cigarettes[13] are black-market smokes.

Despite the rosy predictions for budget surpluses, the governor's own May 2013 Revision[14] to his budget proposal cautioned the state still does not set aside “significant money” to address the more than $100 billion in unfunded state employee pensions. It also found the state has not set aside enough money to cover the $63.8 billion in unfunded liabilities for retired state employee health care, and “that liability increases by billions of dollars each year.”

There is also the additional $71 billion in unfunded liabilities for the California State Teachers Retirement System, which according to the Legislative Analyst’s Offic[15]e requires $4.5 billion in additional annual spending in order to maintain solvency.

Moody’s[16] said California’s unfunded pension liabilities for state and local governments actually could be even much higher, totaling more than $329 billion.