“Collusion” and “shady dealings,” are just a few of the words used in a letter to describe the City of Sacramento’s “utter failure to conduct any economic analysis” in the proposed taxpayer-subsidized sports arena. 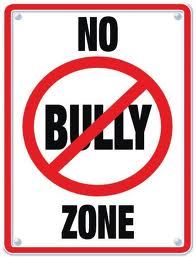 Attorneys representing members of taxpayer groups opposed to the subsidized arena deal sent the letter to Sacramento City Attorney James Sanchez, with serious concerns over Mayor Kevin Johnson’s Think Big[2] pro-arena group, and the Kings ownership investment group [3]pushing the deal, with no real economic analysis, while they stand to reap all of the benefits.Mayor Kevin Johnson, city officials and the Kings ownership group have pulled out the stops to get this deal done — at any cost.

The attorneys sent the letter Thursday to City Attorney James Sanchez[5], to address what they called “a serious misrepresentation” made at the conclusion of the “public comment” portion of the January 21, 2014 Sacramento City Council meeting.

The attorneys said they appeared at the council meeting to address their growing concerns with the City of Sacramento’s  lack of formal or even legitimate economic analysis of  the proposed sports arena, which has been heavily touted by the Mayor’s Office and other high ranking City officials, “several of whom are named individually as defendants in pending litigation[6],” according to the attorneys.

In the letter to Sanchez, Soluri and Anderson said the City’s only economic “analysis” contained in a staff report was to “cut and paste” bullet points obtained from the Sacramento Kings ownership investment group “in concert with the Mayor’s arena hype machine.”

Soluri and Anderson also wrote a letter  to Sacramento City Councilman Steve Hansen, January 20,  regarding Development Director Jim Rinehart’s sworn deposition testimony, which revealed shocking facts about the City’s failure to perform necessary due diligence with regard to the economic ramifications to the City resulting from the non-binding Term Sheet for the arena deal, adopted by the City Council on March 26.

From Soluri and Anderson’s letter:

“In our public comments Tuesday night, we again asked how the City could have structured a deal including a major public subsidy (consisting of a public subsidy of hundreds of millions of dollars to fabulously wealthy Kings owners and investors) without either engaging its economic development professionals or having the benefit of its own economic impact study,” Soluri and Anderson said. “In particular, the City has engaged in apparent unblinking acceptance of the proponents’ and project developers’ hype regarding the purported catalytic impact of the 1.5 million square feet of ‘ancillary development’ discussed in the Term Sheet that is, by all accounts, a predicate for the City obtaining any tangible economic benefit from the proposed ESC project; but for which there is no solid commitment or even tentative agreed upon timetable to bring to fruition.”

“Specifically, you stated that ‘the staff report and the presentation to the Council at that March consideration provided a significant overview of the economic benefits,’ which you assert the City will enjoy as a result of the ESC project, including job creation and enhanced property values, ‘among others,'” Soluri and Anderson wrote. “Lastly, you stated that the City’s ‘analysis’ set forth in the staff report ‘continues to be on the record and available for the public in the event that there is an interest in reviewing it.’”City denies concerns with planThe attorneys said City Attorney Sanchez attempted to refute the concerns they expressed at the city council meeting, along with  their concerns expressed in the January 20th letter to Councilmember Hansen.”

According to Soluri and Anderson, Sanchez provided false assurances to the public about the purported economic benefits of the arena, which was “a blatant and egregious misrepresentation.”

“Further, your cavalier duplicity is apparent by reference to just a few documents,” the attorneys said.

Soluri and Anderson concluded: “Rather than prepare an independent ‘significant overview of economic benefits’ as you falsely claim, relevant evidence squarely establishes that the City wholly and uncritically relied on claims of ‘economic benefits’ spoon-fed from both Think Big and the Kings investment group – the entity purportedly sitting across the table from the City at arm’s length negotiation.”