California’s version of Obamacare a success? Not by the numbers 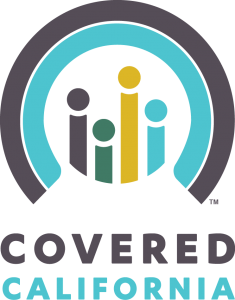 I’m pretty amazed at how long the CA media have gone along with the idea that the state’s version of Obamacare is doing well. I wrote about Covered California[1] in Sunday’s U-T San Diego:

“… the state’s version of Obamacare has reduced the number of Californians with health insurance while doing a terrible job with [Latinos,] the single community that was most in need of health coverage and assistance in navigating the bureaucracy to obtain it. The program also appears likely to be far more costly to taxpayers than previously estimated.

“If this is an Affordable Care Act success story, that’s a profound comment on how badly the rollout is going elsewhere around the nation.”

The lack of Latino participation bodes badly for agency’s need to have a healthy mix of subsidized and non-subsidized enrollees.

“Just 15 percent of those enrolled aren’t eligible for subsidies. If that ratio continues — nearly six subsidized enrollees for every unsubsidized enrollee — then Covered California’s cost to taxpayers will explode.

“And there’s reason to think the ratio will continue: More than half of the Californians without health insurance are Latinos, mostly low-income or unemployed. But they make up only one in five of those who have enrolled with the agency.

“If Covered California corrects these problems, and Latino enrollment surges, that’s good news in terms of the agency’s goals. But then it would be more likely that the highly costly ratio of subsidized to unsubsidized enrollees continues.”

The Sacramento Bee also editorialized on the bad job[2] Covered California is doing with the Latino community. I enjoyed this potshot:

“Given the size of California’s Latino population, the misstep is disappointing and surprising in an otherwise successful launch.

‘”Covered California executive director Peter Lee’s persistent efforts to ‘accentuate the positive’ and ‘eliminate the negative,’ as the song goes, should not mask that hard reality.”

That’s a gentle way to describe Lee’s relentless dishonesty. Lee and his agency began lying with their very first significant press release: the one that falsely implied[3] that there wouldn’t be a huge rate shock among Californians because of the Affordable Care Act.

That lie is such a whopper that it once again serves as a reminder that government executives get away with outrageous behavior that would lead to fines and jail if the liars were private-sector CEOs.