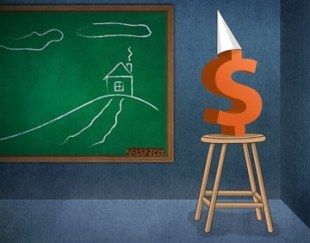 [1]The argument that raising taxes cuts revenue because it deters taxable economic activity leads to a tired fight in which obvious facts are ignored by both sides. This claim is sometimes true and sometimes not true. It depends on what type of tax is being discussed. It’s not a one-size-fits-all thing.

It is easily demonstrated that in some cases, no, revenue wasn’t depressed by a tax hike. Marginal increases in state sales taxes aren’t generally driving revenue decreases.

But it is also easily demonstrated with some other higher taxes that individuals and businesses do in fact respond with changes in behavior that decrease economic activity.

It appears a ballyhooed 2012 ballot measure closing a supposed corporate tax ‘loophole’ falls in the latter category. This is from Cabinet Report:

“Proposition 39 or the California Clean Energy Jobs Act changed a corporate tax law to require multi-state or out-of-state businesses to source their sales of services and intangibles to the state where they were sold, rather than the state where the majority of work to produce them was performed. As a result, supporters of the plan expected that California – the nation’s biggest consumer – would see a big uptick in revenues. …

“Anti-tax advocates have long argued that imposing new taxes on businesses and higher wage earners hurts California in the long run because those targeted adjust their practices or relocate to avoid paying more. … It is an issue that the Brown administration is reportedly keeping a close eye on because of the income tax hike another November measure – Proposition 30 – imposed on the state’s top earners.

“Proposition 39 was aimed at corporate taxes, but some of the same issues are at work.

“Based on 2010 income tax data, the Brown administration estimated that Proposition 39 would bring in $928 million in 2013-14 and nearly $1 billion annually the next four years. But 2011 data showing a drop in those revenues forced the governor to revise Prop. 39 figures downward to $675 million in the current year and $726 million in 2014-15 budget.”

Cabinet Report puts this in perspective by talking to former state Sen. George Runner, who’s now on the Board of Equalization:

“We do a terrible job in all of our estimating of doing any kind of dynamic analysis that takes into consideration what the behavior of a taxpayer’s going to be. … One of the issues I always keep telling people is that tax policy changes behavior, and as a result of that, often times you’ll find government over estimates what it is that revenues are going to be because they forgot to or they can’t, sometimes, take into consideration the behavior of the taxpayer.”

Or maybe it’s that they refuse to “take into consideration the behavior of the taxpayer.”