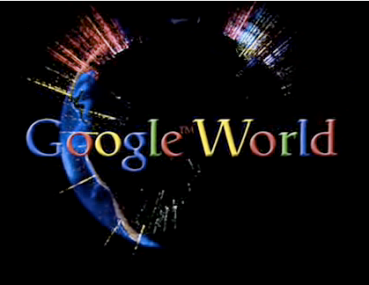 Is the present anti-Google, anti-techie agitation in the Bay Area a reflection of anger over how affluent tech workers have driven up rent and reinflated the housing bubble? Or is it a harbinger of broader anger over how California technology firms are disrupting industry after industry? An essay in TechCrunch[1] suggests it’s the latter:

“Today, the largest companies coming out of Silicon Valley no longer exclusively target greenfield territory. Take some of the highest valuation companies from the past year, such as Airbnb and Uber. These companies are not operating in empty space, but rather against significant entrenched non-technology businesses. This is a first for Silicon Valley, and it is the start of something fundamental – we are not just creating whole new categories, but reconfiguring non-technology ones as well.

“This new type of disruption is far more pernicious and far more political to boot. Silicon Valley still believes that it exists in a creation world, where it builds new things that create exclusively positive value. That has been a fair assessment historically, but that is no longer the case. Today’s companies are increasingly destroying the value of existing companies to create the next generation of products and services. We can argue whether the end result is a net benefit to society, but we cannot avoid the immediate impact our work has on the rest of the country anymore. …

“[Silicon Valley startups have] almost always been bolstered by positive media coverage and a general sense from policymakers that what we did was fundamentally good. Now that the Valley’s companies are increasingly competing against traditional businesses, society is not so quick to give us a pass on this behavior. Take Airbnb and Uber again, both of which have attempted to avoid regulations and taxes in their fields (hotel taxes[2] and taxi and license commission regulations[3], respectively).”

Social issues not a helpful focus

Given that Silicon Valley is by far the greatest creator of wealth in California, the political implications of the backlash it’s facing are something that the Republican Party should think about.

The tech world already has a libertarian impulse. It hates the “you didn’t built that” mentality of liberals; it can barely hide its contempt for the increasing complaints from the left that a lack of “diversity” is a big problem in IT firms, which are as meritocratic as it gets. The techies I know express disbelief that anyone — read, Democrats — believes government should guide and/or dominate the economy.

If the California GOP can position itself as a pro-free market, pro-entrepreneur defender of Silicon Valley against unfair critics, the party could benefit for decades to come. Tech political power is going to keep getting bigger and bigger.

If Republicans want to take advantage of this, focusing on culture wars and hot-button social issues is the absolute wrong thing to do. Instead, they should celebrate and stick up for the state’s most transformative businesses and their workers.