Sacramento Taxpayers Opposed to Pork[1], and Voters for a Fair Arena Deal[2] filed a lawsuit Wednesday Jan. 28, against the city of Sacramento, to put the use of public subsidies for a new basketball arena to a public vote. 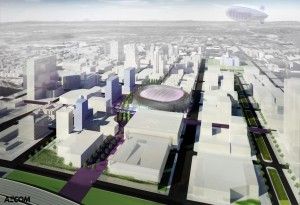 STOP and Voters for a Fair Arena Deal said they filed the lawsuit against Sacramento City Council, the Sacramento city clerk,  and the city of Sacramento city over a decision to disqualify thousands of petitions that would have put the issue to a public vote on the June 3 ballot — a move many describe as government tyranny.

Jan. 24, the Sacramento city clerk announced that she rejected the petitions, along with 34,000 signatures, on the grounds some of the petition versions did not comply with election code.

“This is not a small number of people,” said Craig Powell, representing Voters for a Fair Arena Deal. “This is a significant contingent of Sacramento voters who’ve said ‘Let us vote.'”

Almost immediately after the announcement of the lawsuit, local Sacramento media reported the lawsuit is “by the group that doesn’t want the arena built.”

STOP and Voters for a Fair Arena Deal have said throughout the battle with the city, they are not opposed to an arena, and in fact are supportive of refurbishing the existing arena, or building a new one; they want the public subsidy of the arena project to be decided on by the voters of the city of Sacramento.

The attorney for STOP and VFAD said the errors the city clerk cited weren’t substantial enough to warrant disregarding 23,000 signatures, KCRA reported. “Nobody can claim they didn’t know what they were signing,” STOP attorney Bradly Hertz said.

“It’s really five mistakes that were really technical by the city clerk’s own admission, and (it is) almost silly that the city would rely on that as their way of trying to disenfranchise their voters,” said Hertz.

STOP is asking a judge to order the City Council to either adopt their petition, or place it on the June 3 ballot, and is hoping the matter will be heard by the Sacramento Superior Court immediately.

However, Judge Michael Kenny, the judge first assigned to the case, excused himself before a hearing in the case started, after it was revealed he had signed the petition to put the arena up for a vote, KCRA reported[4]. The case was turned over to Judge Timothy Frawley.

STOP and Voters for a Fair Arena Deal said the five errors that the city clerk originally cited are not “substantive” and were just technical errors. Members of STOP told me they had a top elections attorney in the state review the petitions, and were told they complied with the law.

“The4000, a group representing the new downtown arena plan, responded to Friday’s decision by saying, ‘For STOP, this has never been about a vote and democracy; it has always been about tricking voters and stalling the arena with a two-part vote designed to blow up the project,’” reported[5] Fox 40 news recently

The4000[6] was created by Sacramento Mayor Kevin Johnson, a former NBA player, and the lead proponent to build the new arena.

“We all support the clerk and the city’s efforts to protect the public interest, especially given what’s at stake,” Johnson said in a statement[7].

Read all of CalWatchdog stories on the Sacramento Kings’ arena deal HERE[8].