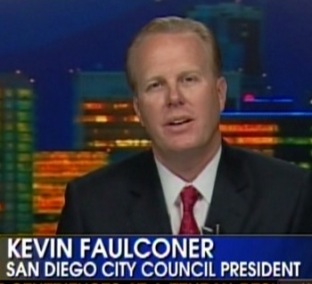 On Tuesday, San Diego voters will decide between two City Council members in a special election to fill the remaining 33 months of the mayoral term of disgraced, resigned Bob Filner.

The early conventional wisdom[1] was that the clear favorite was Republican Kevin Faulconer, 47, the longest-serving council member and a community figure since his election as president of San Diego State University’s student body a quarter-century ago[2]. Not only was Faulconer like the congenial moderate Republicans who have led San Diego for much of the last four decades, his opponent was a neophyte.

Democratic Councilman David Alvarez, 33, only became a public figure in 2010 when he beat out scions of two local political dynasties to win a seat representing a largely Latino district south of Interstate 8 — the dividing line in city politics between blue-collar communities nearer the Mexican border and the affluent neighborhoods from La Jolla to inland Rancho Bernardo. 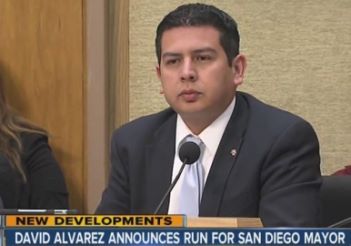 That conventional wisdom has given way to a new assumption: Faulconer may win, but it will be very close — and he may be the last Republican that San Diego elects as mayor.

Given the Democrats’ hold on nearly all of California’s 10 largest cities, Faulconer might be the last big-city GOP mayor to be elected in the Golden State — barring a change in our political dynamics or demographics.

GOP held sway in San Diego not long ago

Although Democrats had long enjoyed a voter-registration edge in California’s second-largest city, Republicans did surprisingly well until 2012. It was that year that Filner, an abrasive 20-year paleoliberal congressman, edged out GOP Councilman Carl DeMaio, a small-government crusader who helped win huge changes[3] in city compensation practices in his one term in office.

Many observers credited Filner’s 51 percent to 47 percent win to the strong turnout triggered by President Obama’s re-election campaign among Latinos and African Americans — 29 percent and 7 percent of the city’s population[4], respectively — and young people of all races. Also seen as a factor was DeMaio’s combative manner; the gay libertarian, the theory held, turned off the independent voters that Jerry Sanders attracted in his successful mayoral campaigns of 2005 and 2008.

So when Filner resigned in August, Republicans were confident after DeMaio decided instead to run for Congress and the well-liked Faulconer emerged as the sole credible GOP mayoral candidate. In the first special election[5], in November, Faulconer led with 42 percent, with Alvarez second with 27 percent, and Republican-turned-independent-turned-Democrat former Assemblyman Nathan Fletcher third with 24 percent. In this week’s runoff special election — runoffs typically have light turnout — the assumption was that reliably Republican absentee voters would carry the day.

Instead, the last published poll[6] showed Faulconer only ahead 47 percent to 46 percent, within the margin of error. Millions of dollars in campaign spending by the national chapters of local unions[7] — most of it for negative ads trashing the GOP candidate — had taken their toll.

But Republican insiders — and scores of business executives — are worried about much more than just this election. 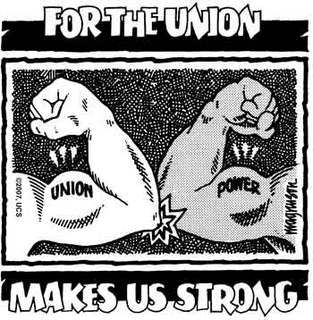 It’s not just the usual concerns of GOP operatives in California: that the party’s hot-button social issues turn off young voters and that Latino voter turnout is steadily increasing. It’s that San Diego’s politics are undergoing what might be called a “Los Angelization.”

The city’s school board was taken over by the local affiliate of the California Teachers Association in 2008, when union muscle elected a new board majority that instituted policies that drove away[8] an acclaimed reformer superintendent and yielded an operating budget in which an astonishing 92 percent of funds goes to employee compensation. The CTA control of the school board only increased with the 2010 and 2012 elections.

Now the same thing is happening with the City Council. Union-favored Democratic candidates — such as Alvarez — are increasingly likely to beat Democrats with independent streaks. As recently as 2011, there were Democrats on the council who occasionally would take on unions — politicians with backgrounds in engineering and small business, as well as party members who appeared eager to hear out business interests’ concerns.

But now the union muscle-flexing not only has Alvarez near an improbable mayoral victory, it has prompted hard-left decisions by the City Council in the months since Filner quit — decisions supported by formerly semi-independent Democrats who see the writing on the wall.

Last fall, on a party-line 5-4 vote, City Council Democrats approved increasing fees on commercial development by at least 377 percent[9] to provide more funds for affordable-housing programs — even though the programs have a horrible record of actually getting people in homes.

And on another party-line 5-4 vote, council Democrats approved a restrictive new master plan for a job-rich shipyard industrial area adjacent to the Barrio Logan neighborhood[10] in Alvarez’s district. They did so despite dire warnings from many CEOs and business owners that it would give leverage to environmentalists and community activists to shut them down.

The contrast between the current council Democratic majority and past Democratic majorities was striking. In 2007, an effort to punish Wal-Mart for the sin of being anti-union died when then-Councilwoman Donna Frye — the most popular Democrat in San Diego — changed her mind and opposed an anti-“big box” ordinance. Frye candidly admitted that her constituents liked Wal-Mart and didn’t want it punished[11].

Present council Democrats appear incapable of such candor. In voting for the massive fee increase on commercial development, Council President Todd Gloria — the interim mayor since Filner’s resignation — repeatedly insisted that not only would there be no negative economic fallout from the hike, it would help the local economy[12].

The same Gloria once stood up to unions by backing a “managed competition” process in which groups of city workers vied against private businesses for the right to provide city services — a reform strongly endorsed by voters.

Alvarez has made clear he plans to nullify voter-backed reforms[13]. Will Gloria stand up to him? Maybe he would have a year or two ago. But now that San Diego politics are becoming as union-dominated and doctrinaire as those of Los Angeles or the California Legislature, probably not.

A Faulconer victory in Tuesday’s mayoral election may quiet GOP worries about the radicalization of San Diego City Hall — but not for long.