Will GOP learn from Faulconer’s win in San Diego? 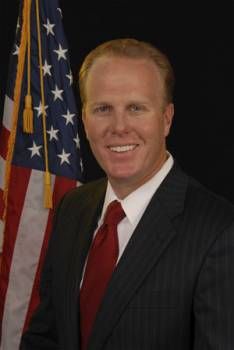 San Diego voters elected affable, seemingly moderate Republican Councilman Kevin Faulconer as mayor in a special election Tuesday night, making him the biggest large-city GOP mayor in the United States. But before Republicans tout Faulconer’s unexpectedly decisive 9 percentage point margin of victory[1] as a sign that they’re not in as bad shape in the Golden State as most Sacramento insiders contend, they should think twice.

Along with then-Mayor Jerry Sanders and then-Councilman Carl DeMaio, Faulconer, 47, was a key member of a cadre of San Diego GOP pols who brought sweeping reforms to City Hall in recent years. But in this campaign, he did all he could to obscure his party membership. He wooed the police officers’ union and celebrated its support. He defended gay marriage and in general avoided every last social conservative issue.

And while he won decisively, it’s worth noting that Faulconer beat an inexperienced, second-tier Democratic opponent. David Alvarez, 33, only became a known figure in city politics in 2010, when he won a City Council seat that traditionally goes to union-backed Latinos. The list of San Diego Democrats with higher profiles and better resumes is a long one: former Councilwoman Donna Frye, Assemblywoman Toni Atkins, state Sens. Ben Hueso and Marty Block, Rep. Susan Davis and interim Mayor Todd Gloria.

Faulconer will serve the remaining 33 months of the term that former Rep. Bob Filner won over DeMaio in 2012. Filner  resigned in August 2013 after an ugly sexual-harassment scandal.

Faulconer, a former communications consultant and San Diego State University student body president, will face tough sledding with any conservative reform agenda. He is certain to be replaced on an interim basis on the City Council by a Democrat, giving them a veto-proof 6-3 majority until Faulconer’s council term ends in December. 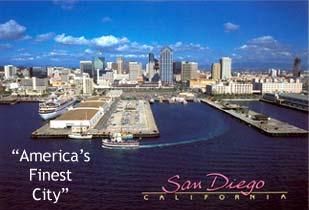 Alvarez and at least two of those other Democrats are interested in or ready to nullify or impede three voter-approved reforms, starting with a money-saving measure[2] in which city workers compete with private firms for the right to provide certain government services.

And in the June primary and November general election, Democrats have a solid shot at winning Faulconer’s coastal seat and a central San Diego district configured to encourage the election of an Asian-American council member. The Republican now representing the latter district, Lorie Zapf, is running for Faulconer’s old seat.

By year’s end, Democrats could have seven of the nine City Council seats.

Even with Faulconer’s election, many business interests already have given up on the City Council as a constructive force for job creation and economic growth. They’re using ballot measures to try to overturn City Council decisions to vastly increase fees on commercial development and to rezone a shipyard industrial area in a way that business owners say will destroy thousands of jobs.

Direct democracy appears to be their only chance of getting big things done going forward. San Diego’s parallels with California at large are plain. A well-crafted, conservative ballot measure[3] can still win passage, if voters believe it is constructive or in their best interests.

As for Faulconer, he may be forced to play defense until his 2016 re-election bid — fighting to protect the reforms that until 2012 made San Diego seem a poster city[4] for small-government activism.