CA Dems own state of the economy: Right, journos? Right? 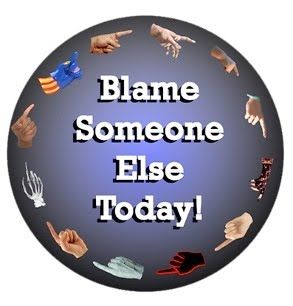 Whenever President Barack Obama gets blamed for the still-mediocre condition of the national economy, his defenders in the Democratic Party, the punditocracy and in the allegedly neutral newsrooms of America immediately say things like, “He can’t get anything through Congress! Blame House Republicans, not the president. They’re obstructionist.”

It is an amazing commentary on the servility of the media that they buy the White House spin that Republicans sticking to their principles and opposing bigger government is obstructionist; since when has the opposition party had an obligation to enact the agenda of a president of another party?

But if we accept the premise that Obama only deserves blame for the economy if he can get legislation he wants through Congress, when will the parallel California premise be acknowledged? Democrats have had full control of Sacramento for more than three years. Shouldn’t they get blamed for the state’s bad performance relative to the national economy?

“In 2006, California’s unemployment rate dipped to 4.9 percent and its underemployment rate — the number of job-seekers who want full-time work but can’t find it — was 9.1 percent. Both numbers were about the same as the figures for the nation.

“Since then, California has plunged in comparison with the rest of the U.S. Only three states have a worse unemployment rate. Only one state has a higher percentage of people who want to work full time but can’t find such jobs. According to revised Census Bureau measures of poverty that include the cost of living, California has by far the nation’s highest rate — 24 percent.”

When will Dem policies be blamed for CA’s miseries?

That’s from my U-T San Diego editorial[1] that had as its focus the question, “When will Democrats acknowledge the policies they’re implementing aren’t working?”

The question that goes hand in hand with that one is this: When will the California media use the same standard as the inside-the-Beltway set in judging Jerry Brown’s economic stewardship? 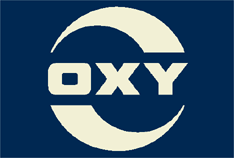 Maybe when they finally develop some economic literacy.

I once had a prominent California journalist on my old KOGO radio show a few years ago — at a time when state unemployment was north of 10 percent — and he basically said the Golden State’s economy ebbed and flowed according to its own rhythms, irrespective of actions by the state government.

Yes, I’m sure Occidental Petroleum’s leaving California[2] for Texas was a business decision that happened in a vacuum, irrespective of the policies advocated by the state’s dominant Democrats.

Alas, it’s not just journalists. State Sen. Mark Wyland, R-Solana Beach, told me in 2010 that he would encounter Democratic lawmakers and staffers in the Capitol who were surprised to learn the state was in a deep recession.

If they didn’t think we were in a recession then, it’s unlikely that they’ll see the need for a course correction now.