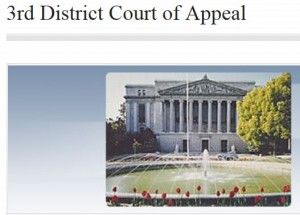 [1]This is Part 2 of a three-part series on the Draft 2014 Business Plan of the California High-Speed Rail Authority. Part 1 is here[2].

On Friday, California’s 3rd District Court of Appeal kept California’s high-speed rail project chugging at least a little longer. The court stayed[3] a November order by Sacramento County Superior Court Judge Michael Kenny to delay the project because of violations to Proposition 1A, the High Speed Rail Act, which voters approved in 2008.

Reported the Los Angeles Times[4], “The state is still restricted from issuing bonds. The appeals court asked the original plaintiffs, Kings County and two farmers, to file a brief by March 17 and the state to respond within 15 days.”

Despite the continued legal uncertainty, the CHRSA on Feb. 7 to issue its Draft 2014 Business Plan[6] with few changes from its 2012 plan, as was reported in Part 1[7] of this series on the many  questions still being raised about the project.

By statute, the final version of the 2014 plan must be presented to the Legislature by May 1.

If the Court of Appeal does not make a ruling without a new bill in the Legislature extending the May 1 deadline, the CHRSA may have to proceed with its  current plan, plus any comments it receives from the public. And if Kenny’s ruling is upheld, significant changes later could call for a new funding plan and a revised business plan.

The 2014 Draft Business Plan[8] does take into account litigation risks:

So although the actions of  Kenny are not specified in the Draft 2014 Business Plan, the CHRSA clearly is taking into account the legal risk to the program.

The petition[9] to the Court of Appeal to stay Kenny’s order came from the CHRSA, Gov. Jerry Brown, Treasurer Bill Lockyer and other state officials. It suggested a serious situation:

“The high-speed rail project may have been able to tolerate a two-year delay in access to bond funds, but the delay it now faces as a result of the trial court’s decisions risks the catastrophic, for two reasons. First, the federal grant funds, by their terms, must be matched by the State and must be spent by 2017. The kind of delays the Authority now faces puts those billions of dollars in jeopardy, because it is not clear that bond proceeds will be available in time to match. Second, opponents of the project have used the trial court’s ruling to fuel political efforts to withhold the federal grants entirely.”

Yet just last December, the response to Kenny’s order was less alarming. CHSR Chairman Dan Richard insisted[10], “[N]othing in those rulings changes our ability to move forward. We’re ready to build this project.”

The Court of Appeal is a three-judge panel and  could be late spring at the earliest that it makes it makes a decision on this first part of the CHSRA court case.

Coincidentally, the same day in Sacramento Superior Court, Judge Kenny heard arguments on whether the second part of this complicated case should move forward.

According to AP[11], “Attorneys representing Central Valley landowners asked a Sacramento County Superior Court judge Friday to hear arguments about whether California’s high-speed trains would be able to travel as fast as voters were promised when they approved financing for the project.”

The landowners, whose property would be taken under eminent domain to build the train, insist that the failure to meet the speed requirements of Prop. 1A means breaking the project’s contract with voters.

In court, Sharon O’Brady of the state Attorney General’s office presented the state’s case. She argued it was too early to go to trial since the CHSRA could change directions on the project. She said the judge’s ruling meant the CHRSA needed to come up replacement for the first funding plan and write a second funding plan before it can proceed to construction.

And she pointed out the Legislature entrusted judgment to the CHRSA, which has an extensive administrative record to rely on.

Stuart Flashman, co-counsel for the landowners, noted that the CHRSA’s Revised 2012 Business Plan[14] from April that year outlined a “blended system” — including both high-speed and lower-speed segments — between San Francisco to San Jose. Flashman told the court the blended system did not comply with Prop. 1A, and therefore could not be paid for with its bond funds.

Judge Kenny has 90 days to rule on whether or not this second part of the case will move forward.