Lessons of San Diego mayor’s race: How about ‘none’? 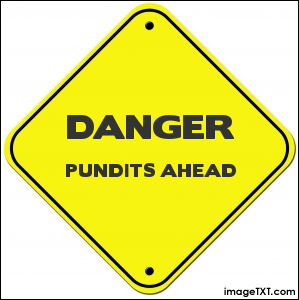 The victory of Republican Councilman Kevin Faulconer over Democratic Councilman David Alvarez on Feb. 11 in the special election to finish the term of departed and disgraced San Diego Mayor Bob Filner led to many[1] pronouncements[2] about The Deeper Meaning Of It All. The conventional wisdom was that Faulconer’s decision to ignore hot-button social conservative issues had made him palatable[3] to independent voters.

I like this thesis — I think the sooner California Republicans go libertarian lite, the sooner they’ll be relevant again at the state level. I offered my version of it here[4].

But you know what? Maybe there are no lessons from the San Diego mayor’s race beyond standard California chestnuts about low-turnout special elections favoring Republicans, the party that does best with absentee voters.

“According to [political science professor Vlad] Kogan’s analysis, 64 percent of voters who supported President Obama in San Diego in 2012 did not come out to vote in the special 2014 runoff election for mayor last week. In the same analysis, only 23 percent of people who supported Mitt Romney failed to vote in this special election.

“And that’s at the heart of Alvarez’s loss. The coalition behind Alvarez spent millions trying to avoid this and failed.”

That’s from the Voice of San Diego[5].

In the latest tally[6], Faulconer has a 6.4 percent lead over Alvarez.

What happened the last time San Diego had a special, standalone mayoral election,  in July 2005?

Republican candidates got 6 percent more of the vote than Democratic candidates.

What is interesting about Kogan’s analysis is what it says about Obama’s amazing coattails in 2012. No wonder Democrats are worried about losing the Senate this fall. Not only is Obama not on the ticket to motivate marginal voters, Obama 2014 is far less popular than Obama 2012.