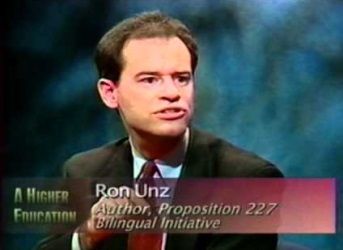 When software tycoon Ron Unz’s Prop. 227 campaign to end bilingual education in California won landslide approval in 1998, one reason was that a lot of Latinos and white liberals shared Unz’s fundamental view that bilingual ed wasn’t working well in the nation’s largest state. L.A. Times columnist Frank del Olmo opposed 227 because he thought it went too far. But he had this to say about the status quo[1]:

“[State policies give] many school districts a perverse incentive to keep immigrant kids in bilingual programs rather than moving them into English-language instruction.

“It should be remembered that a rapid but successful transition to English was the aim of bilingual education when it was begun in the 1970s. But like other noble experiments, it was taken over — and distorted — by education bureaucrats who care more about money and numbers than individual children.”

Claims that bilingual ed was crucial to help first-generation Latino immigrants assimilate were simply false. Here’s what Santa Barbara school board member Alan Ebenstein had to say in March 1998[2]:

“One of the great misunderstandings regarding bilingual education is that it is a program intended mostly or even largely for students who are not born in the United States. This school year, 8.5% of Latino kindergarteners in Santa Barbara schools were not born in the United States, yet approximately 85% of Latino kindergarteners are receiving most of their instruction in Spanish. Bilingual education in California is predominantly a program to teach American children of Latino descent in Spanish for most of their elementary school years.” 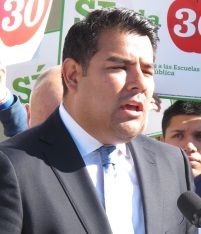 But this history has been forgotten or ignored by state Sen. Ricardo Lara, D-Bell Gardens, who has introduced a bill[3] to have a public revote on allowing and encouraging bilingual education. Check out the whoppers Lara offers in defense of his proposal:

“’English will always remain the official language of California, but we cannot ignore the growing need to have a multilingual workforce,’ Lara said.

“He said the global economy requires those who graduate from school to be able to communicate in multiple languages. ‘Employers seek multilingual employees and all students — English and non-English learners alike — deserve access to this invaluable skill,’ Lara added.”

That’s from a short L.A. Times’ web account[4] of Lara’s bill. Here’s hoping subsequent reporting points out that California’s history with bilingual education hardly shows it was an efficient way of producing a multilingual workforce. Instead, it produced hundreds of thousands of high school dropouts who never mastered any language.

But there’s a larger and more sweeping context here. This could be the first sign of what eventually could be a powerful movement in which Latinos seek to make California akin to Quebec, where French is treated with at least as much official deference and respect as English, the language of the rest of Canada.

California as a Spanish-language version of Quebec 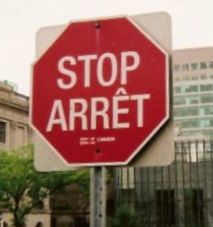 Why might something like this happen in the Golden State? Because it’s a dramatic display of power by a group slowly but surely on its way to control of the state’s largest political party. Emerging political juggernauts like such displays. And as del Olmo wrote in 1998 …

Is it nativist to worry about this possibility? If you’re one of those people who grouse about Spanish-language signs over stores, sure. If you’re someone who is annoyed to hear Spanish spoken by fast-food workers, damn right. If you’re someone who watches “Leave It To Beaver” or “My Three Sons” and pines for the America of the 1950s, absolutely.

But if you’re someone who knows bilingual education was a giant flop last time around — something that produced students who didn’t speak either English or Spanish well — then it’s not nativist to worry about its resurrection and the motives behind it.

Latinos have enough problems with a California school system that worries more about the interests of adult employees than students. They don’t need to be subject to a risky education experiment that history shows is likely to fail.

For now, these larger questions can wait until we see where Ricardo Lara’s legislation goes. In the short term, I look forward to Sen. Lara offering any proof of his claims for what bilingual education will accomplish in California.

He won’t, because he can’t. The evidence doesn’t exist.