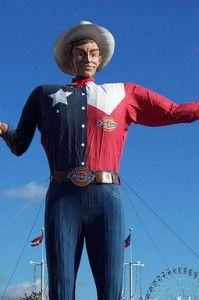 [1]Charles Schwab is shorting California. The online brokerage, a Fortune 500 corporation, announced recently it is relocating 1,000 jobs from its San Francisco headquarters to out-of-state locations.

“The decision to reduce our concentration in San Francisco is based on many factors,” said Schwab spokesman Greg Gable, “including making optimal use of other locales and the opportunities there.”

Schwab is reducing its concentration in San Francisco, said Gable, to address “the high cost of doing business and cost of living in the Bay Area, as well as our ability to recruit talent in this highly competitive labor market.”

The brokerage will maintain its presence in San Francisco, “for corporate functions,” according to Gable, “but it may be only a matter of time before the company moves its headquarters to a more business-friendly state.”

Just last May, in fact, Charles Schwab was in Denver for a ceremony opening up the company’s new $230 million, 40 acre campus, during which he said he may one day relocate the company’s headquarters from California to Colorado.

And it’s certainly not unforeseeable that Schwab could decide to move its corporate headquarters to Texas.

That includes the Texas Enterprise Fund[3] and Emerging Technology Fund[4], which Perry has been able to draw upon the past 10 years  to “close the deal” with out-of-state companies – like Schwab – considering either relocation or expansion to Texas.

TEF, the biggest state fund of its kind in the country, has provided nearly $500 million in incentives since it was created by the Texas legislature in 2003, at Gov. Perry’s behest. It has generated $17.4 billion in capital investment over that span, according to the fund’s 2013 Legislative Report[5], while also added more than 66,000 jobs to the Texas economy.

ETF was established in 2005 to assist tech start-ups in collaboration with Texas universities. It has awarded roughly $425 million to 190 projects, according to ETF’s 2013 Legislative Report[6]. And that seed money has led to $2.2 billion in follow on funding.

California doesn’t have similar state funds with which to compete with a motivated rival like Texas. And that’s why Charles Schwab may eventually move its corporate headquarters from the Golden State to the Lone Star State.