It wasn’t the intention of the Los Angeles Times, but the newspaper has provided historical drought data with implications for a U.S. Supreme Court case that was heard Monday, Feb. 24  — “U.S. Chamber of Commerce v. U.S. EPA.”[1]

The case challenges whether the U.S. Environmental Protection Agency can expand its mission from reducing air pollution to fighting global warming without going back to Congress for authorization to do so.  This has relevance for the California Air Resources Board and its similar shift from reducing carbon dioxide emissions to the vaguer task of fighting “climate change[2].”  Assembly Bill 32, the state’s far-reaching environmental law, was known as the Global Warming Solutions Act of 2006. But CARB changed the focus of AB32 with the release of its “Climate Change Scoping Plan”[3] in 2008.

The Times’ story (“Severe Drought? California Has Been There Before,” Feb. 23)[4] reconstructed 1,000 years of climate records from tree ring data.  Dendrochronology[5] is the study of tree rings as an indicator of changes in climate; “dendro” means relating to trees.  Thick rings indicate wet climate and tree growth and narrow rings dryness and less growth.

A chart showing the 1,000-year record of “wetter than average” and “drier than average” years indicates that 1580 was the driest year on record.  California had a severe dry spell from 1976 to 1977.  But the only years that were drier were prior to 1580.  This data can be read as refuting the assumption that industrialization has resulted in either significant global warming or vaguely defined climate change. 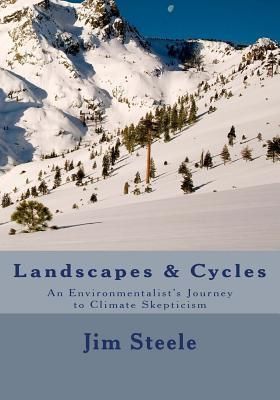 The Times’ climate chronology echoes a recent study of California climate conducted by biologist Jim Steele[6], formerly a supervisory biologist with the California Department of Fish and Game.  In his 2013 book, “Landscapes and Cycles: An Environmentalist’s Journey to Climate Skepticism,”[7] Steele studied 100 years of climate data from Lake Tahoe.

What he found was that California wasn’t “getting hotter, just less cold.”  Steele says that studying average temperatures to find climate change is not as useful as studying maximum and minimum temperatures.

The California Air Resources Board has won two court challenges to the legality of the Global Warming Solutions Act of 2006 (AB32).  However, former EPA attorney Jacob Hollinger[8] of the McDermott, Will and Emery law firm in New York stated a ruling against the EPA in the U.S. Supreme Court case could be utilized to challenge every future step of its effort to manage climate change. Since the current case before the Supreme Court consolidated challenges to the EPA[9] from the states of California, Virginia and Texas, and from industrial organizations, there would be implications for California if the case were decided broadly.

Air board facing legal challenges over change in goals

CARB’s shift from dealing with global warming to managing climate change could have implications in another case filed by the Pacific Legal Foundation alleging that its cap-and-trade air pollution permit auctions are a tax.  PLF’s case (“The Morning Star Packing Co. v. CARB,” filed in April 2013) resulted in a trial decision backing the air board in November, but it has been appealed.  The PLF complaint states:

“The California Air Resources Board (CARB) devised the auction plan as a means of raising billions of dollars in revenue, without any instruction or direction from the Legislature. CARB hatched the auction program purportedly to implement AB 32, the 2006 legislation that requires reductions in the emission of carbon dioxide in California by the year 2020. But nothing in AB 32 authorizes creation of an auction process to sell carbon dioxide emission allowances for billions of dollars. Nor does AB 32 authorize the creation of any kind of new tax.”

“Climate change presents an unprecedented set of challenges for California.  We are already experiencing its impacts and know they will only increase. But it can also be a great unifier.”

Use of cap-and-trade auction proceeds targeted

However, what California’s Global Warming Solutions Act and the cap-and-trade program have yielded is a series of divisive court cases.  Gov. Brown’s recent transfer of $20 million[11] of cap-and-trade revenues to water conservation projects to alleviate drought indicates that California doesn’t even have to invoke the need to reduce air pollution or carbon dioxide to find a justification to spend the money as it pleases.

Brown even wants to use $1 billion per year of cap-and-trade revenues to pay off bonds to build California’s high-speed rail project authorized under Proposition 1A in 2008.  That plan may depend not only on challenges to the legality of issuing bonds,[12] but also on the lawsuit against the EPA now being heard by the U.S. Supreme Court.

Beyond the governor’s fiscal maneuvering, the L.A. Times’ drought chronology story raises more basic questions about the broad claims used to justify both AB32 and federal regulations. If historical evidence doesn’t back up the assertions made about either global warming or climate change, that strengthens the arguments of skeptics who argue such laws and regulations are more power grabs than wise public policy. This in turn may strengthen the cases of those challenging the implementation and interpretations of these laws and regulations.